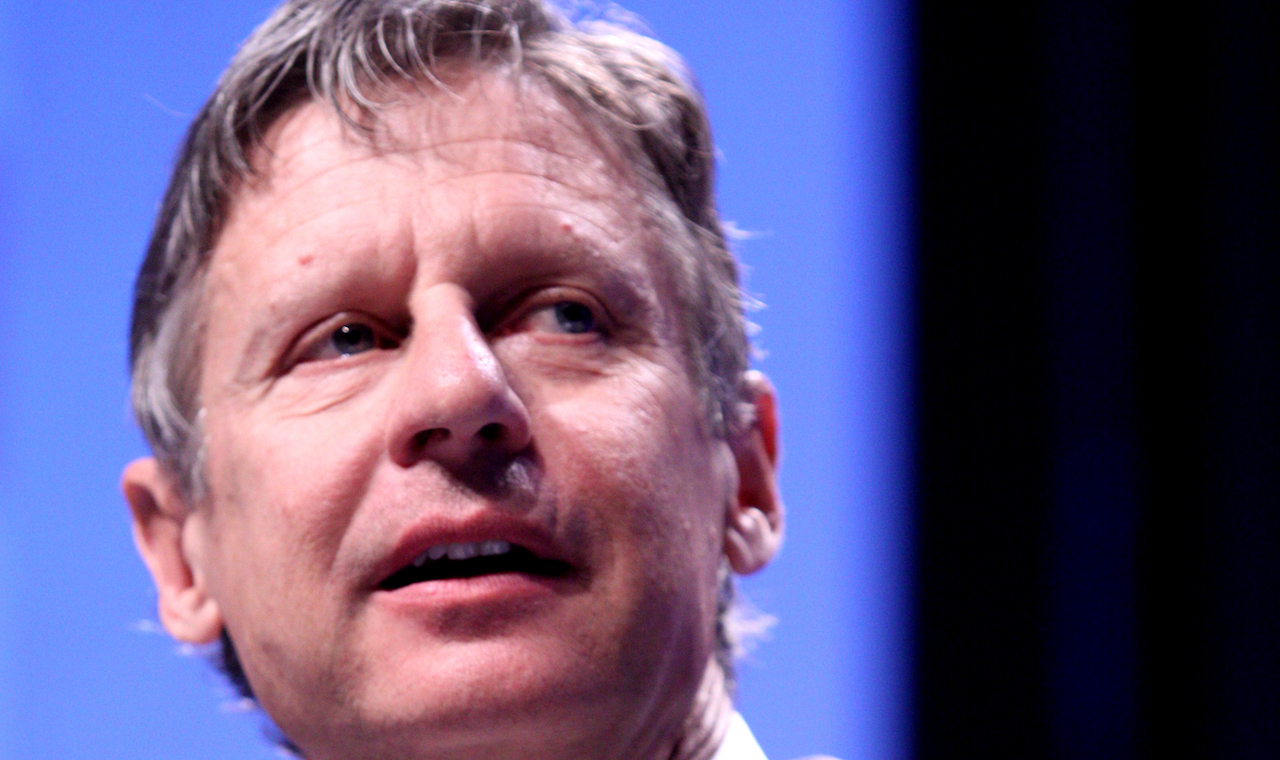 Gary Johnson currently campaigns as a candidate for U.S. president with the same outspoken fidelity to free markets, limited government, and fiscal responsibility that guided his two terms as governor of New Mexico. Aside from making headlines earlier this year with his strong opposition to an antihomosexual Republican-circulated marriage pledge, which he called “offensive” and “un-American,” he has been neglected by the mainstream press and has been excluded from several televised debates. He presses on in a struggle from which higher-polling candidates have already dropped out.

Johnson started a one-man handyman company in 1976 and over the next two decades developed it to employing one thousand people. Against the odds, he launched his campaign for governor in 1994 and carried his win to a second term, a governorship marked by his stand for “freedom across the board.” During his eight years in office, his main focus was responsible management of the government pocketbook, and he earned the nickname “Governor Veto” by vetoing more bills than the other forty-nine governors combined. He cut twelve hundred state job positions, cut taxes, reformed Medicaid, promoted school vouchers, privatized prisons, and helped eliminate the state’s budget deficit. An unconventional Republican, he supports the right to abortion, the legalization of marijuana, and legal equality for homosexuals. Today he retains popularity among New Mexico’s voters.

Goal-driven, independent, and with a zest for life, he has competed in multiple Ironman Triathlons, summited Mt. Everest, and personally built his current home in Taos, New Mexico. He’s a divorced father of two and lives with his fiancée.

I spoke with him just before his strong campaign push in New Hampshire at the end of August.  —David Baucom

David Baucom: Thank you for speaking with me, Governor Johnson.

DB: With the decline of the U.S. economy and the emergence of the Tea Party movement, people in America are finally asking questions to the effect of, What is the proper role of government? As a candidate for president of the United States, what do you regard as the proper purpose of government?

GJ: The proper purpose of government would be to protect you and me against individuals, groups, corporations that would do us harm, whether that’s from a property perspective or physical harm. And that would also apply to other countries. . . .

View all articles by David Baucom →
An Interview with John R. Bolton on the Proper Role of GovernmentThe Mastermind behind SEAL Team Six and the End of Osama bin Laden
Return to Top