An Important Exposé of the Assault on For-Profit Colleges 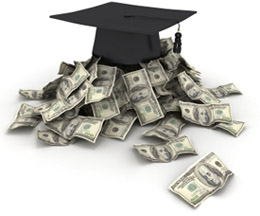 In an excellent article titled Attack on the For-Profit Education Industry, Mariusz Skonieczny exposes the absurdity of the arguments against for-profit colleges and shows how problems such as the ever-increasing cost of college education are the fault not of these schools but of the government. The article is a must-read for anyone concerned with higher education or justice for businessmen. Here are a couple of particularly important excerpts:

How do government policies push tuition prices higher and higher?

First, students are able to bear the expense with the help of the government. If the government did not provide student loans backed by government guarantees, then those students would have less purchasing power and the traditional non-profits would be forced to lower tuition rates in order to continue operating. For example, this situation is similar to homebuyers obtaining a mortgage. When they can get financing, they can afford a more expensive home than they could if they had to pay for it themselves. This is evident because when financing is in short supply, the prices of homes go down. The following link is an interview of a former student by Peter Schiff, who points out that the reason why college costs are so high is because students are able to borrow a lot of money while the government cosigns on the loans.

Second, because students are able to borrow and bridge the gap with student loans, the traditional non-profit colleges and universities can put all their efforts into attracting the best student demographic, which improves their reputations. This means better dorms, smaller classes, etc., which translates into higher costs.

Third, there is something called the 90/10 rule which only applies to for-profit schools. This rule requires the for-profit schools to derive at least 10 percent of revenues from sources other than Title IV funds. This means that at least 10 percent of tuition has to be financed by students through private loans, credit cards, or savings. For-profit schools take this rule very seriously because if they break it, they will lose their eligibility for Title IV funds, which means they are pretty much out of business. How does this rule increase tuition costs? The government sets the rules about how much a student can receive in Pell grants and Stafford loans for various programs, and schools cannot control how much students choose to borrow. Let’s assume that a for-profit school is willing to charge only $7,000 for a $10,000 program because it either wants to increase its competitiveness or through efficient expense control, is able pass on savings to students. In this case, the school would fail the 90/10 rule because more than 100 percent of tuition ($7,000) would be financed by Title IV funds ($10,000). So what does the school do instead? Even though it is able to charge less, it is forced to increase the tuition for this program to $11,111 just to stay compliant with 90/10 rule.

Then, the following year, the government increases limits on Pell grants and Stafford loans to help students cope with tuition increases. The for-profits are forced to raise tuition again, and the cycle continues.

So much for the claim that for-profit colleges are responsible for skyrocketing tuition.

Here’s an excerpt in which Skonieczny addresses the oft-repeated but arithmetically false claim that for-profit colleges constitute a massive burden on taxpayers because “profits are privatized and risks are socialized.”

According to critics, the problem arises when a student attends a for-profit school, pays high tuition, takes on a large amount of student debt and then cannot find employment. In this case, he or she defaults on the student loan, and the government along with the taxpayers lose because they provided the funding. At the same time, they also say that students cannot walk away from student loans like they can walk away from a mortgaged house. I am confused, if the student is stuck with the student loan for life, how can the government and taxpayer be on the hook? Don’t these statements contradict each other? Who is on the hook – the government, the taxpayer or the student? [Steven] Eisman [one of the short-sellers who apparently colluded with officials at the DoE to sink the stock of the for-profit college sector] answers it himself in his presentation, “because of fees associated with default, the government collects approximately $1.20 on every $1.00 lent.” So if the government collects $1.20 on every $1.00 lent, how does this cost taxpayers money? It doesn’t and the critics know it, but it sounds better if the government, the taxpayer, and the student are on the hook while the companies make millions.

Like I said, the whole article is well worth reading.