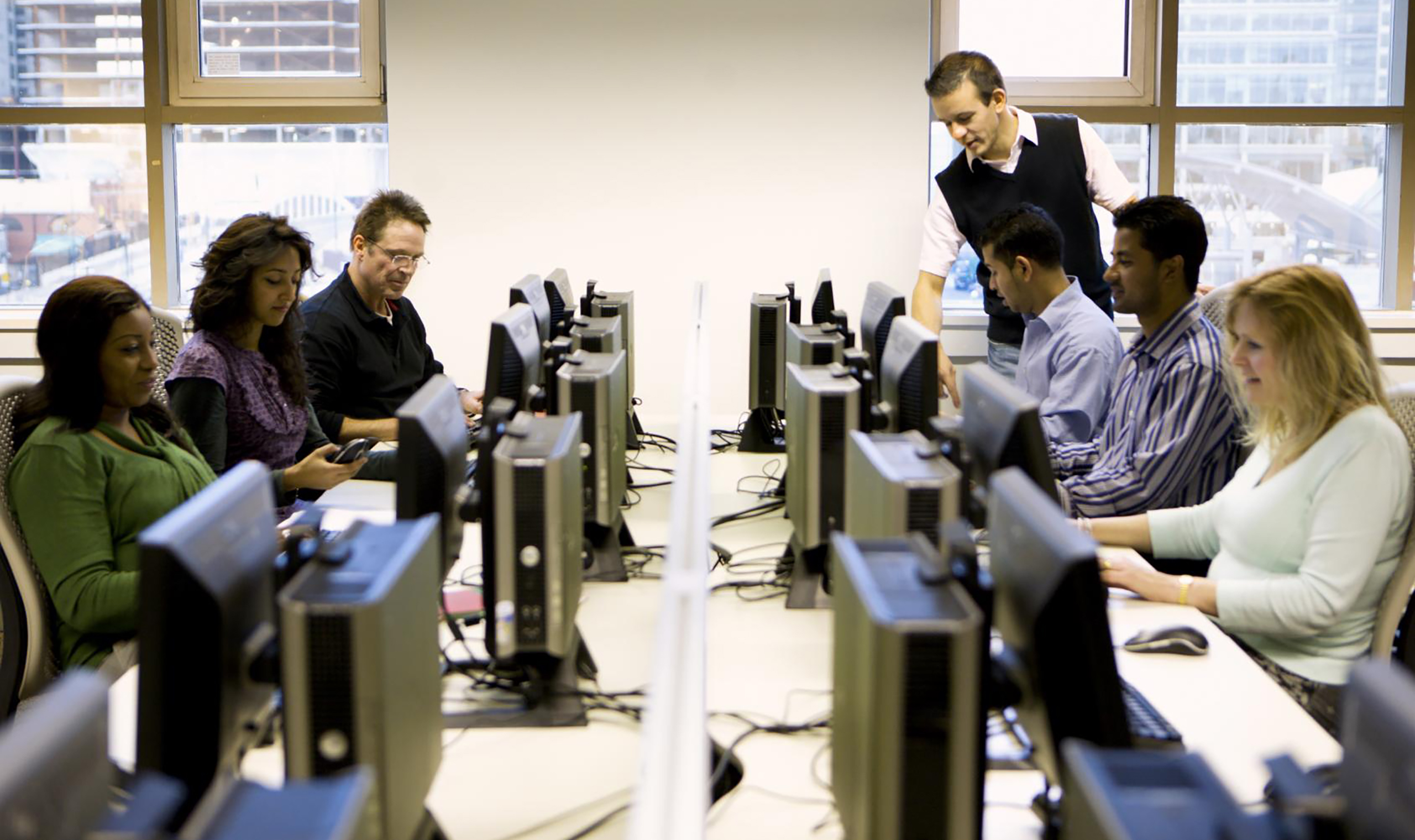 Toward a Free Market in Education: School Vouchers or Tax Credits?

More and more Americans are coming to recognize the superiority of private schools over government-run or “public” schools. Accordingly, many Americans are looking for ways to transform our government-laden education system into a thriving free market. As the laws of economics dictate, and as the better economists have demonstrated, under a free market the quality of education would soar, the range of options would expand, competition would abound, and prices would plummet. The question is: How do we get there from here?

Andrew Bernstein offered one possibility in “The Educational Bonanza in Privatizing Government Schools” (TOS, Winter 2010-11): Sell government schools to the highest bidders, who would take them over following a transitional period to “enable government-dependent families to adjust to the free market.” This approach has the virtues of simplicity and speed, but also the complication of requiring widespread recognition of the propriety of a fully private educational system—a recognition that may not exist in America for quite some time.

Another possibility is to begin the transition from the status quo to a fully free market by providing Americans with a choice in how and where to apply their education dollars. This possibility has the virtue of being feasible today, as there is already substantial support for it in the burgeoning “school choice” movement. The difficulty with this approach lies in developing and implementing a school choice program that moves American education toward a free market rather than extends the arm of government further into education.

Within the school choice movement, there are essentially two schools of thought regarding the best mechanism for enabling parents to choose where to spend their education dollars. One camp advocates government-issued, tax-funded school vouchers; the other advocates education tax credits. The vouchers camp is far more popular and is already making political headway, while the tax credit camp is relatively small and has yet to develop a viable program. This is unfortunate because, as we shall see, the implementation of a school voucher program would be a disaster for American education long term, whereas the implementation of a proper tax credit program would put America squarely on the road to a fully free market in education.

In a typical school voucher program, a government agency issues to parents (or guardians) education allowances that come from tax revenues. The parents then enroll their child in the school of their choice, using the voucher as partial or full payment toward the yearly tuition. For example, if Jane and John Doe receive a voucher for $5,000 and enroll their child in a school with a tuition of $7,000, they give the school the voucher plus $2,000 out of pocket. The school then presents the voucher to the issuing government agency and redeems the tuition balance of $5,000. Details aside, the essential element of a voucher program is that the government provides parents with vouchers for use at schools other than their child’s assigned government-run school, and the schools then redeem the vouchers for tax monies collected by the government.1

Milton Friedman first introduced this general idea in 1955 in his essay titled “The Role of Government in Education.” In this paper, Friedman endorsed a system of universal, tax-supported education vouchers for elementary and secondary schooling (K–12). Under Friedman’s plan,

Government, preferably local governmental units, would give each child, through his parents, a specified sum to be used solely in paying for his general education; the parents would be free to spend this sum at a school of their own choice, provided it met certain minimum standards laid down by the appropriate governmental unit.

Although a voucher program would introduce some degree of “school choice,” it would, Friedman acknowledged, involve “the financing of education by the state” and would necessarily entail “the imposition [by the state] of a minimum required level of education.”2 Parents would be able to apply their government-issued vouchers toward tuition at private schools—but only so long as those schools conform to the government’s notion of an “appropriate” education.

Far from being a step in the direction of a free market in education, voucher programs extend the coercive arm of the government into private schools. . . .

View all articles by Michael A. LaFerrara →
Letter to the Editor
Health Care and the Separation of Charity and StateAtlas Shrugged’s Long Journey to the Silver Screen

Acknowledgments: I would like to thank Craig Biddle and Alan Germani for their extensive contributions to the production of this article, without which the presentation would have been less clear and concise.

1 Milwaukee is home to a long-running example of this approach, which works as follows:

“From the perspective of the parents of students in the voucher program, the financing is fairly straightforward. The state issues four separate checks during a given school year (in September, November, February, and May) that are payable to the parent or guardian of a child enrolled for the entire school year in the voucher program at the same private school in Milwaukee. . . . The checks are sent to the school where the parent then endorses the check over to the school for ease of administration and to prevent possible fraud on the part of the parent.” [Charlie Toulmin, “Financing the Milwaukee School Voucher Program,” AllBusiness, date, p. 3.Accessed at http://www.allbusiness.com/finance-insurance/773030-1.html.]

2 Milton Friedman, “The Role of Government in Education,” 1955, Trustees of Rutgers College in New Jersey. Accessed at http://www.schoolchoices.org/roo/fried1.htm.

3 Alliance for the Separation of School and State, “What about Tax-funded Vouchers, Tax Credits, and Charter Schools,” http://www.schoolandstate.org/Fritz/WhatAboutVouchers.htm.

7 “The Case for School Choice: Sweden,” The Fraser Institute, 1999, http://oldfraser.lexi.net/publications/critical_issues/1999/school_choice/section_06.html.

10 Alliance for the Separation of School and State, “What about Tax-funded Vouchers, Tax Credits, and Charter Schools.”

14 The state would select three board members (who presumably would be compensated with the corporate donations) from a list of candidates chosen by the donating corporations. One can easily imagine the cronyism that would erupt under this arrangement.

22 All general tax revenue sources should be included in this figure—education-related sales tax payments included. These are not as difficult to calculate as might at first appear to be the case. For example, a “standard education sales tax” allowance applicable to each taxpayer’s ETL can be used just as the standard deduction taken from the IRS’s “general sales tax tables” is used by taxpayers to calculate income tax where sales taxes are deductible. (See http://www.irs.gov/individuals/article/0,,id=152421,00.html.)

23 This figure would factor in all direct and indirect costs that support and maintain public education—including books, stationery, student transportation, facility construction and maintenance, and employee salaries and benefits.

24 Initiating a tax credit program on a national scale would be the ideal approach. But if that is not possible all at once, a nationwide program could be established piecemeal, over time. For instance, neighboring states with tax credit programs could cooperate to develop a fund-trading arrangement and gradually add to the arrangement new states that adopted similar tax credit programs. The taxing authorities would merely have to ensure that only the district losing the student loses the funding in question. If a taxpayer in district A wants to contribute $5,000 to his grandchild in district B, then district B would have to compensate district A for the $5,000.

25 Because the immediate loss of tax revenue from parents whose children are already being privately schooled would have a significant effect on funding the existing public schools, allowing tax credits of 100 percent of a child’s AAC would need to be phased in over time. One possible solution would be to determine the percentage of children currently educated outside the public school system (whether via private schools or homeschooling) and deduct that percentage from the AAC for the first year of the program. For example, if 15 percent of the children in a district are already privately schooled, then the tax credit available in that district for the first year of the program for both existing and new private school students would be limited to 85 percent of the AAC for that district. The percentage would then increase each year afterward according to a preestablished timetable until it reached 100 percent of the AAC. A ten-year phase-in period should be more than sufficient for most public school systems to gradually adapt to the loss of funding.

26 This warrants some elaboration. Suppose, for example, that a parent chooses to send his child to a private, four-year high school costing $15,000 per year, for a total loan amount of $60,000 plus interest. If the average attendance cost were our hypothetical $10,000, tax credits applied to the repayment of that loan would not be able to exceed $40,000 over the life of the loan, or $10,000 in any one year.

27 Homeschooling parents could use their tax credits for any education-related expense—including covering the parents’ teaching time. The government would have no say in what constitutes an education expense, as there is no justification for the government to have any such say. In the rare instance that a parent retained his tax credit, claimed to be homeschooling his child, but did not educate his child at all or taught his child something that others find objectionable, then others would be free to criticize and/or ostracize him. In instances of demonstrable abuse or neglect, parents would be subject to prosecution under existing child abuse and neglect laws.

28 Critics might raise the objection that certain fixed costs of the public school system would remain even though some children would no longer attend its facilities, thereby leaving the public schools “underfunded.” These costs could be accounted for in the calculation of the AAC; however, the more important point to make is that the purpose of tax credits is to instigate the transition away from public schools, not to maintain them in their current state. If a public school lost so many students to tax credits that it could no longer maintain its large building and staff, it would have to do as any other business that lost customers to competitors or technological advancement would have to do: adapt. It could easily do so by selling a larger school building and purchasing or renting a smaller facility or by leasing unneeded space in its own building to private educators. It could also cut staff, who, if qualified, would have little trouble finding jobs in the expanding private sector. But, again, parental school choice is about empowering parents to educate their children as they see fit and giving taxpayers control over the money they are forced to spend on education—not about maintaining the status quo.