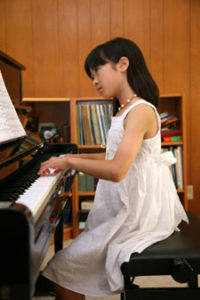 In her controversial Wall Street Journal article “Why Chinese Mothers Are Superior,” Amy Chua bemoans the preoccupation of Western parents with preserving their children's "psyches," often by way of sheltering them from unpleasant truths (such as the need to lose excess weight) or sparing them the responsibility of hard work (such as the long hours of practice required to master a difficult piano piece). In doing so, Chua capitalizes on a real problem that plagues Western-style parenting techniques:  When, fearful of harming their children’s self-esteem, parents shelter their children from the consequences of their failures or grant them desires without requiring them to exert effort along the way, they thereby rob their children of the opportunity to develop the skills and self-discipline they will need as adults. The result of this approach to parenting is that many Western children fail to achieve their own potential, not to mention enjoy the psychological and practical benefits that come from doing so.

So what “entirely different parenting model” does Chua advocate as “superior” to this ineffectual Western parenting approach?  That of what she ascribes to the typical “Chinese mother”: to “override all of [one’s] children's own desires and preferences” in favor of what the parent deems best for them and then to “excoriate, punish and shame the child” for poor performance in these activities. Toward this end, Chua boasts that Chinese mothers forbid their children from participating in school plays, attending sleepovers, and dating—meanwhile pelting them with insults such as “stupid,” “worthless,” and “garbage” for failing to live up to the parent’s demands. As shocking as these methods may seem to the typical Westerner, they do get results of a sort: It is an uncontestable fact that the children of Asian parents, on average, tower over the children of Western parents when it comes to academic and musical achievement.

Must we then choose between, on the one hand, forcing our children to achieve at the expense of their happiness and, on the other, carefully treading so as not to harm our children’s self-esteem in the short-term, but at the expense of achievement and thus lasting self-esteem? Which is superior—the cruel and overbearing Chinese mother or the caring yet ineffectual Western parent?

To be happy one must choose, acquire, and maintain profound and complex values, such as a career, hobbies, friendships, and romance. In the adult world, the achievement of such values requires disciplined effort that must be sustained for years. A proper approach to parenting prepares children for this reality—a world in which actions have consequences and work is required to fulfill one’s desires—by gradually giving them greater degrees of responsibility for choosing and pursuing their own goals. For instance, whereas Chua would dismiss her daughter’s wish to go to Disneyland as a frivolous impediment to her violin studies, and whereas a stereotypical American parent would, finances willing, unthinkingly grant that wish, a superior parent might recognize and take the opportunity to teach his daughter how to turn that wish into a goal and achieve it, possibly by requiring her to help raise funds for the trip by saving a certain amount of her weekly allowance. If the daughter impulsively spent her savings on toys and candy, a superior parent would hold her accountable for her actions by informing her that she hasn’t saved enough money to pay for the trip and suggesting that she reconsider her spending decisions. In other words, the parent would make sure his daughter reaped the consequences of her own failure to follow through and maintain self-discipline in the pursuit of her goal. Over time, a child faced with such facts and consequences will learn that self-discipline and effort enable her to fulfill her desires, and that irresponsibility and sloth lead to frustration and misery.

The parenting style of many Western parents is clearly not conducive to developing responsible, motivated, self-disciplined adults capable of achieving authentic happiness on their own. But nor is the parenting method Chua describes, which consists in manhandling and belittling children, and forcing them to work towards ends that the parent alone chooses, often on the second-handed basis of what promises to bring the child and parent “prestige” in the eyes of others. Far from developing responsible, self-disciplined adults, this method suppresses the very means of achieving a lifetime of success and happiness, namely, knowledge of and practice in the art of making good, life-serving decisions for oneself. In fact, for all its problems, the worst Western parenting is superior to that of Chinese mothers such as Chua: While Western methods may not greatly aid a child in her journey to happy adulthood they certainly do not hinder her the way that Chua’s methods do.

There is ample room for Western parents to improve. But unless parents want to participate in the evil of abusing their children and transforming them into hapless automatons, they must reject Chua’s recommendations and instead offer their children guidance in choosing and pursuing their own values.

View all articles by Veronica Ryan →
"Altruism vs. America" at UCLAReview: Leaving Johnny Behind, by Anthony Pedriana
Return to Top