An Interview with Andrew Schiff about Fishing Nets, Hut Gluts, and other Economic Matters - The Objective Standard

An Interview with Andrew Schiff about Fishing Nets, Hut Gluts, and other Economic Matters

I recently had the pleasure of speaking with Andrew Schiff, communications director of Euro Pacific Capital and coauthor, with his brother, Peter Schiff, of the recent book How an Economy Grows and Why it Crashes. —Craig Biddle 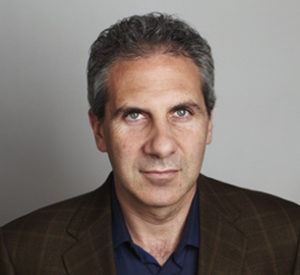 Craig Biddle: Thank you for joining me, Andrew.

CB: I’d like to ask you a few questions about your book, interspersed with questions about the current economic situation, the problems we face, and the potential solutions to those problems.

To begin, congratulations on your wonderful book, which cleverly presents, in the form of an allegory, the basic principles of economics and the essentials of U.S. economic history. The allegory is an ideal mechanism to convey this material. What inspired you to write such a book?

AS: It all began with a story that my father used to tell my brother and me. He’s very knowledgeable about economics, and a great storyteller. When I was seven or eight, my dad started using stories to teach us economics. I remember being in the car when he came up with this one about three men on an island who lived on fish, which they caught with their bare hands. At first, they each caught one fish per day, but then, one guy invented a net—and that began to change everything. The story continues and shows how an economy develops and thrives.

That story eventually was used in one of my father’s books, and then he later developed it into an economic cartoon book in 1980 called How an Economy Grows and Why it Doesn’t, which went on to achieve cult status. It was about sixty pages, and it had a Flintstones kind of look to it. The book was very good, but it was quickly dated, as my father wrote it specifically to address the concrete economic issues of the mid- to late-seventies.

A couple of years ago, in the wake of Peter’s success with Crash Proof: How to Profit from the Coming Economic Collapse, we were trying to think of another educational project we could undertake, and Peter suggested that we reissue dad’s How an Economy Grows and Why it Doesn’t. I thought we shouldn’t simply reissue that book because it doesn’t have enough clear relevance to what’s going on today; it doesn’t give the whole economic picture. For instance, it doesn’t address the tech bubble or the housing bubble or the Fed’s recent rounds of quantitative easing. It doesn’t address our relationship with China, our various other trade relationships, or wages and prices, or the availability of credit.

We realized we wanted to address many things that weren’t in that book, so we decided to take the original idea, elaborate on it, and expand the scope. We figured that what people need right now is a grounding in solid economic principles, and we wanted the book to provide that. But we also wanted to keep it fun and engaging. So in addition to retaining the allegory and the humor, we hired an illustrator, who produced 155 illustrations to accompany the story.

CB: What, in a nutshell, do you want readers to understand after they read the book?

View all posts by Craig Biddle →
The Republicans’ Opportunity to Restore America . . . and Their ObstacleAndrew Carnegie: The Richest Man in the World
Return to Top