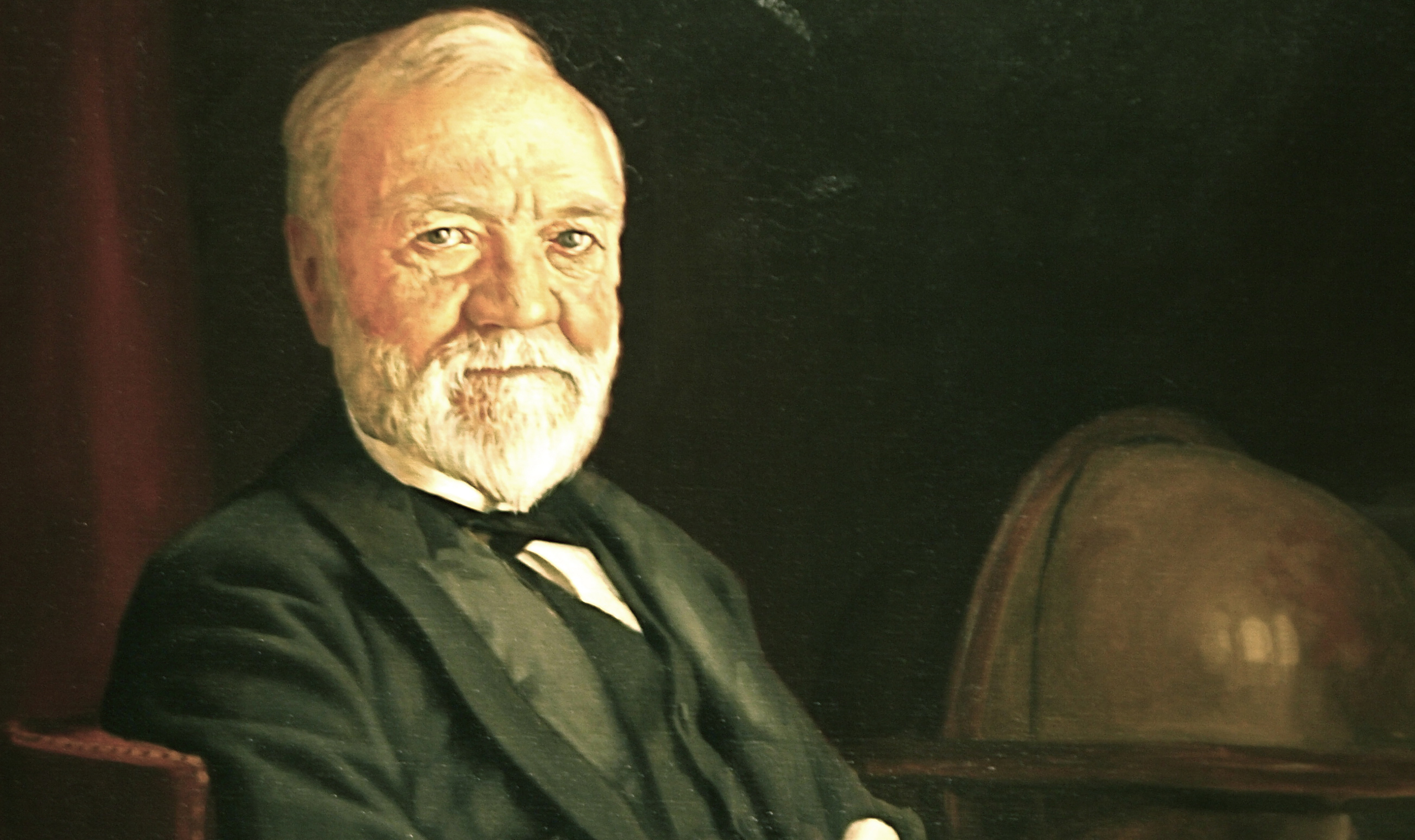 Andrew Carnegie: The Richest Man in the World

Andrew Carnegie was the quintessential American, the archetypal self-made man. A poor immigrant boy, Carnegie rose to become a titan, advancing key theories of integration in business, producing more steel than all of England,1 creating the first billion-dollar corporation,2 and leaving an indelible legacy of colleges, arts, and libraries. His was an exceptional life and, in his time, he became the world’s richest man.

According to Charles R. Morris, author of The Tycoons, Carnegie stood five-foot-three, had small hands and feet and a boyish face, and, to the irritation of some, was a “tireless bundle of bouncing, gabbling energy, opinionated and obsequious, fawning and provocative.”3 A widely recognized optimist, Carnegie wrote in his autobiography that “[a] sunny disposition is worth more than fortune. Young people should know that it can be cultivated; that the mind like the body can be moved from the shade into sunshine.”4

This bright outlook had been forged in poverty. Blond-haired, blue-eyed “Andra,” as he was called in his youth, was born on November 25, 1835, in a one-room cottage in Scotland. His father, Will, was a handloom weaver; his mother, Margaret, stayed home to care for and raise Andra and his younger brother, Tom. Both parents came from families of eccentrics, radicals, and activists.5

Andra’s relatives regaled him with tales of the daring Scottish hero William Wallace fighting the British monarchy and offered him money in reward for memorizing Scotland’s history. Carnegie later remembered his youth in Scotland as a series of lessons in rebelliousness: “The denunciations of monarchical and aristocratic government . . . the grandeur of the republican system, the superiority of America . . . a home for freemen in which every citizen’s privilege was every man’s right—these were the exciting themes upon which I was nurtured.”6

His mother’s relatives, wary of formal education (which they said created imbeciles), emphasized hard work, practical training, and self-reliance. Andra was taught to trade value for value at an early age. In his first business deal, he would name one of his pet rabbits after any friend who would gather dandelions and clover to feed them.7 He later wrote of his home life: “I am grateful every time I think of the trouble my father took to build a suitable house for these pets. Our home became headquarters for my young companions. My mother was always looking to home influences as the best means of keeping her two boys in the right path. She used to say that the first step in this direction was to make home pleasant.”8 Called upon by a teacher to recite a religious proverb on the first day of school, Andra proudly responded, “Take care of your pence, the pounds will take care of themselves.” A round of hearty laughter followed, at his expense, for the phrase came not from the Bible—but from his mother.9

When Andra was still a baby, his father walked up to a local Calvinist minister following a diatribe on original sin and declared: “If that be your religion and that your God, I seek a better religion and a nobler God.” Remembering Calvinism as a “nightmare” of his youth, Andrew would later become an agnostic, rejecting original sin,10 and writing that “Man was not created with an instinct for his own degradation, but from the lower he had risen to the higher forms. Nor is there any conceivable end to his march to perfection. His face is turned to the light; he stands in the sun and looks upward.”11

The Carnegies struggled to survive in England’s changing economy. By 1847, most of Scotland was using steam-powered looms and Will Carnegie’s skills as a handloom weaver were not in demand. Unemployed, he decided to take his family to America. . . .

View all articles by Scott Holleran →
Letter to the Editor
An Interview with Andrew Schiff about Fishing Nets, Hut Gluts, and other Economic MattersThe Educational Bonanza in Privatizing Government Schools

4 Andrew Carnegie, Autobiography of Andrew Carnegie (London: Constable, 1920; page numbers for this book correspond to an iBooks version for the iPad; results may differ) pp. 40–41.