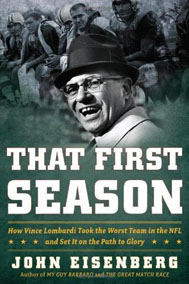 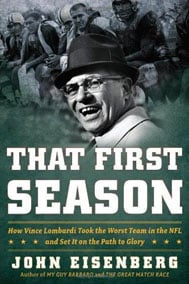 “Honey, we’re going to start to win. The guy talked about perfection!”—Bart Starr phoned to tell his wife about the new coach, Vince Lombardi, on the first day of quarterback camp in 1959 (p. 76). Starr was a struggling quarterback for a perennially losing team, the Green Bay Packers, which had posted a franchise-worst 1–10–1 record the previous season under coach Ray “Scooter” McLean.

As a coach and assistant on the college and pro levels, Lombardi was a consistent winner, and he made clear from the start in Green Bay that mediocrity was unacceptable. “Gentlemen, we’re going to relentlessly chase perfection, knowing full well we will not catch it, because perfection is not attainable,” Lombardi had told Starr and five other quarterbacks vying for the starting position. “But we are going to relentlessly chase it because, in the process, we will catch excellence. I’m not remotely interested in being just good” (p. 76).

After starting the season 3–0, Lombardi’s Packers lost the next five games. But the rookie coach soon showed that he knew what it took to inspire his team to play better, ending the season with four consecutive victories and a 7–5 record. It was the Packers’ first winning season in twelve years.

In That First Season, John Eisenberg, a sports columnist for the Baltimore Sun, elucidates in an engaging style the principles Lombardi instituted in Green Bay, the principles that lifted the team from the doldrums of defeatism and laid the foundation for five National Football League championships, including the first two Super Bowls.

Although Lombardi insisted that his players be superbly conditioned, his more fundamental concern was that they learn to think and act like winners. From the start, he demanded that everyone, from team executives to players, buy in to his no-nonsense football philosophy. “[W]e’re going to win some games,” Lombardi told his new team before their first full-squad practice. “Do you know why? You are going to have confidence in me and my system. By being alert, you are going to make fewer mistakes than your opponents. By working harder, you are going to out-execute, out-block, and out-tackle every team that comes your way” (p. 92).

Despite Lombardi’s past success, however, his new players needed to see his reputed football know-how and innovative schemes work on the field before they would be convinced that his way was a winning way. Starr saw the light in short order. Eisenberg explains that, in a game against the Baltimore Colts, which the Packers lost (the last time they would lose in 1959), the team ran and threw the ball well, and Starr experienced something of an epiphany: . . .

View all articles by Joseph Kellard →
Letter to the Editor
Review: The Greatest Trade Ever, by Gregory ZuckermanDoes the SEC Care about Fraud?