Does the SEC Care about Fraud? 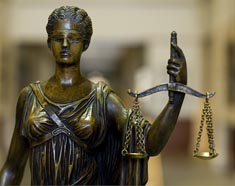 Anyone concerned with freedom in the financial markets should read this new, internal review by the SEC, in which the Commission admits that it:

The SEC is under new management and, according to The Washington Post, has promised “to fix the problems.” But since then it has:

The SEC has not been and is not concerned with prosecuting fraud. Since its inception, the SEC has pursued not justice, but power, and it has used that power to support its political masters. The case against Goldman is more of the same.

View all articles by Daniel Wahl →
Review: That First Season, by John EisenbergThere’s Nothing "Bright" About the Stimulus Bill
Return to Top