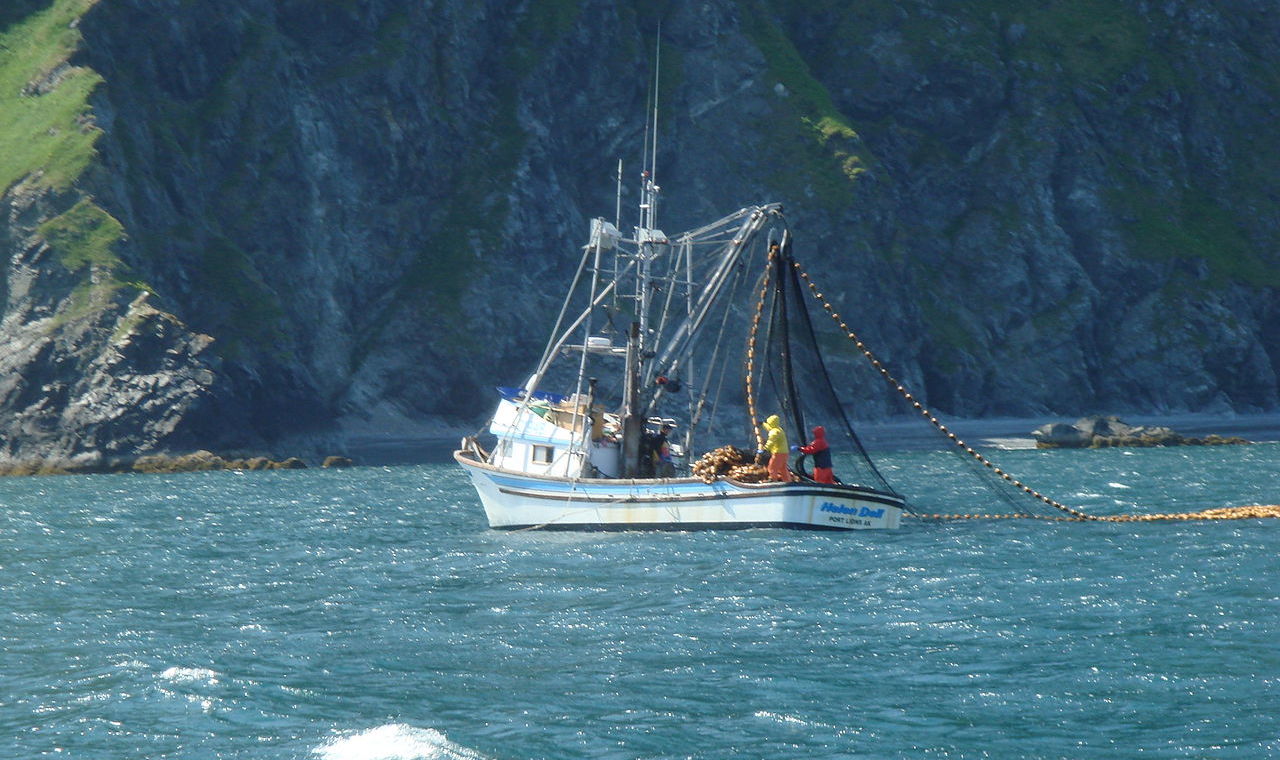 The Practicality of Private Waterways

For centuries, few have questioned the idea that waterways—streams, rivers, lakes, and oceans—are or should be “public property.” The doctrine of “public trust,” with roots in both Roman and English common law, holds that these resources should not be privately owned but rather held in trust by government for use by all. The United States Supreme Court cited this doctrine in 1892, ruling that state governments properly hold title to waterways such as lakes and rivers, “a title held in trust for the people of the state that they may enjoy the navigation of the waters, carry on commerce over them, and have liberty of fishing therein freed from the obstruction or interference of private parties.”1

This “public ownership,” however, is increasingly thwarting the life-serving nature of waterways as sources of drinking water, fish, and recreation. Predictably, when a resource—whether a park, an alleyway, or a pond—is owned by “everyone,” its users have less incentive to protect or improve its long-term value than they would if it were owned by an individual or a corporation. Users of “public property” tend to use the resource for short-term gain, often causing the deterioration of its long-term value—the well-known “tragedy of the commons.” This phenomenon is perhaps nowhere clearer than in the case of waterways.

“Public ownership” of waterways has led to, among other problems, harmful levels of pollution and depleted fish populations. Many waterways around the world have become so polluted that they are no longer fit for human use. In 2004, the Environmental Protection Agency reported that one-third of America’s lakes and nearly one-fourth of its rivers were under fish-consumption advisories due to polluted waters.2 In 2005, officials in China estimated that 75 percent of that nation’s lakes were contaminated with potentially toxic algal blooms caused by sewage and industrial waste.3 And the World Commission on Water has found that half the world’s rivers are either seriously polluted or running dry from irrigation and other human uses or both.4 By one estimate, the contaminated drinking water and poor sanitation that result from pollution and low water levels account for five to ten million deaths per year worldwide.5

In addition to containing harmful levels of pollution, many of the world’s waterways are being fished in a manner that is depleting fish populations and threatening with extinction fish species such as red snapper, white sturgeon, and bluefin tuna—species highly valuable to human life.6 By 2003, primarily due to fishing practices associated with public waterways, 27 percent of the world’s fisheries (zones where fish and other seafood is caught) had “collapsed”—the term used by scientists to denote fish populations that drop to 10 percent or less of their historical highs.7 In 2006, the journal Science published a study that offered a grim prediction: All of the world’s fisheries will collapse by 2048.8 Whether or not all of the world’s fisheries will collapse in a mere forty years, the data clearly show that current fishing practices are depleting supplies of many species of consumable fish. At best, at the current rate of fish depletion, many fishermen will lose their livelihoods and consumers will have fewer and fewer species from which to choose, species that will become more and more expensive.

What solutions have been proposed? Federal and state governments have attempted to remedy these problems through regulation—violating rights and creating new problems in the process. For example, twenty-five states prohibit or severely restrict the use of laundry detergents containing phosphates, substances that harm aquatic life when present in water in high quantities.9 A growing number of state and local governments—including Westchester County, New York, and Annapolis, Maryland—are enacting similar regulations on phosphate-containing fertilizers.10 These laws violate the rights of detergent and fertilizer manufacturers by precluding them from creating the products they choose to create—and they violate the rights of consumers who want to buy such products rather than more-expensive, less-effective alternatives. Further, these rights-violating prohibitions have proven impractical in achieving their purpose: Despite many such regulations having been in effect for nearly forty years,11 an estimated two-thirds of America’s bays and estuaries still contain harmful amounts of phosphates.12

Regulations regarding sewage treatment have proven similarly impractical: Since 1972, the federal government has forced water utilities to spend billions of dollars upgrading water treatment facilities, and yet, during the past four years, record numbers of beaches have closed due to pollution from sewage.13 And, for what it is worth, the EPA predicts that by 2016 American rivers will be as polluted by sewage as they were in the 1970s.14

Government efforts to address depleted fish populations have proven similarly impractical. The history of the halibut industry in Alaska is an illuminating case in point. In the 1970s, the International Pacific Halibut Commission (IPHC)—a U.S.-backed intergovernmental regulatory agency—established a five-month fishing season in public waters off the Alaskan coast with the hope of maintaining halibut populations, which had become severely depleted. But forcibly limiting the time during which fishermen could operate did little to improve the fishery’s viability: Fishermen simply worked more vigorously during the season, and the halibut population remained at historically low levels. So, in the 1980s, the IPHC attempted to remedy the problem by reducing the five-month fishing season dramatically—to as few as two days.15 During these shortened windows of opportunity, fishermen took extreme risks to maximize their catches, only to be “rewarded” onshore with the plummeting prices of a glutted market. And, in the end, the huge catches brought in by fishermen on these days were still large enough to jeopardize the halibut population.16 So, in 1995, the IPHC dropped the idea of a short fishing season and instead introduced a “catch share program,” through which it limits each fisherman’s yearly catch to a percentage of what it deems to be a “safe” overall halibut harvest. But neither has this policy helped the situation; today, after more than two decades of shifting regulations, the usable halibut population in Alaskan waters is less than in 1985.17

Although some claim that still more government regulations are required to combat the ongoing problems of pollution and depleted fish populations, any such coercive measures are in principle doomed to failure because they attempt to treat problems in the waterways while ignoring their actual cause: “public ownership.” Government force may provide a disincentive for certain behaviors, but this disincentive does not motivate the users of waterways to maintain or enhance the life-serving value of these resources. As a result, America’s waterways remain largely and significantly polluted, and fish populations, even where they are stabilizing, remain at levels insufficient to meet the growing demand for seafood. . . .

Alan Germani is an associate editor of The Objective Standard.

View all articles by Alan Germani →

View all articles by J. Brian Phillips →
The Virtue of Treating People Like Animals: Why Human Health Care Should Mirror Veterinary Health CareNorman Borlaug: The Man Who Taught People To Feed Themselves

The authors would like to thank Craig Biddle, Dwyane Hicks, and Thomas A. Bowden for discussions that aided the authors’ understanding of the issues discussed in this article, and Matthew Gerber, Ben Bayer, and Steve Simpson for helpful comments made to earlier drafts.

10 Juli S. Charkes, “Board Votes to Ban Phosphate Fertilizers,” New York Times, May 1, 2009, http://www.nytimes.com/2009/05/03/nyregion/westchester/03lawnwe.html; Karl Blankenship, “Annapolis to Ban Use of Fertilizer with Phosphorus in Most Cases,” Bay Journal, http://www.bayjournal.com/article.cfm?article=3511.

11 Michael Hawthorne, “From the Archives: Banned in Chicago but Available in Stores,” Chicago Tribune, April 4, 2007, http://www.chicagotribune.com/news/local/chi-daley-phosphates,0,2871187.story.

16 Halibut populations continued to decline, and the IPHC decreased the allowed catch more than 26 percent between 1986 and 1995. http://www.iphc.washington.edu/halcom/commerc/limits80299.htm.

19 “Status of Clean Water in the United States,” http://www.americanrivers.org/our-work/clean-water/streams-wetlands/status-of-clean-water-in-the-1.html.

21 Unfortunately, the Scottish government does not fully recognize the property rights of fishery owners. Fishery owners are required to pay taxes to a Salmon District Fishery Board, which develops and protects the fishery, and the government sets fishing dates. But despite these major violations of property rights, the Scottish system has free-market trappings that indicate the difference between “public” and private ownership of waterways.

24 As we will later show, ownership over a resource is not properly government-granted. But setting aside the issue of how the Seri originally acquired the Tiburón property—as well as the issue of whether a tribe is a legitimate entity for purposes of ownership—the Seri example demonstrates clearly what the private ownership of a waterway enables.

26 Unfortunately, Maine continues to regulate the lobster industry and thus prevents the Matinicus Island fishermen from completely controlling their fishery.

30 Such issues can be complex and are properly the province of philosophers of law.

31 While water is within the boundaries of his property, the lobster fisheman can be said to own it on the grounds that he is using it as a medium in which to cultivate lobsters. But because he has not improved the water itself, he cannot claim ownership over it after it flows outside the boundaries of his property any more than one can claim ownership over dishwater after it has drained into the municipal sewer system. What he can always properly claim is the right to use the water that flows onto his property from the surrounding sea, water that is part and parcel of his ability to use his property for his purposes. For this reason others morally may not deprive him the use of his property by depriving him the use of water, for instance by building walls around his fishery to keep out seawater.

32 This is the English common-law principle of “coming to the nuisance,” whereby those who establish property at the location of a preexisting “nuisance” (such as the stench emitted by a pig factory) may not claim an infringement of their rights by that “nuisance.” To seek to stop a preexisting “nuisance” would be to attempt to deprive the owner of a property (in this case the pig factory) of the right to use it for the purpose for which he established it. Phrased “first come, first served,” this principle may be meaningfully applied to situations in which the preexisting use of a property would not traditionally be classified as a “nuisance,” such as those considered here.