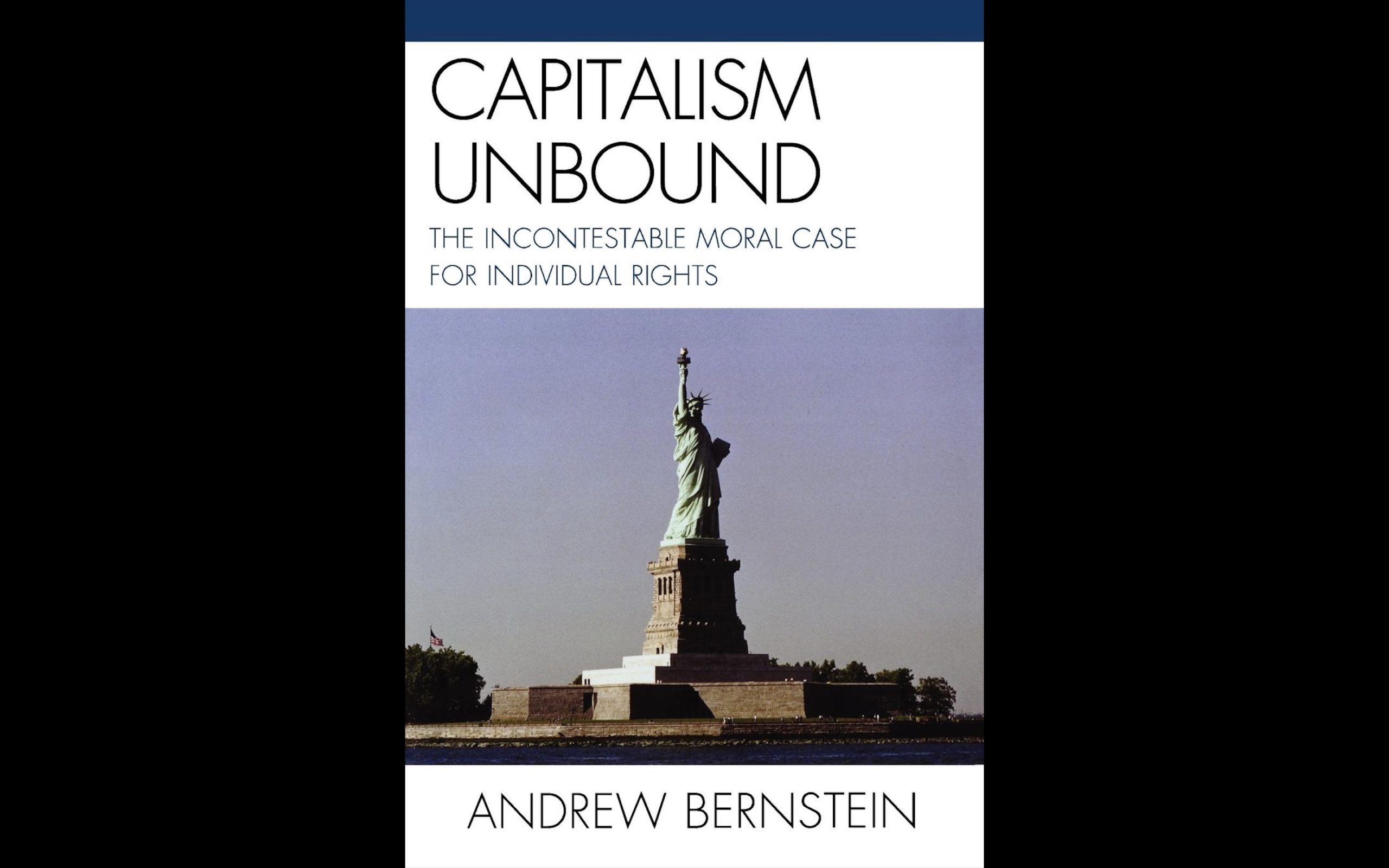 With Congress debating far-reaching bills to expand federal control of health care, politicians and pundits blaming the economic downturn on allegedly free markets, President Obama fulfilling his promise to “spread the wealth around,” and dozens of czars overseeing wide swaths of American life, it seems that capitalism is in retreat. A rousing defense of capitalism, therefore, could not have come at a better time, and that is what Andrew Bernstein provides in his new book, Capitalism Unbound. Bernstein ably defends the achievements of the Industrial Revolution, presents the moral foundation for capitalism, skewers socialism, and indicates in some respects how several disasters—including the recent housing bust—were caused by government meddling in the economy.

Capitalism Unbound is an updated and highly condensed version of Bernstein’s 2005 book, The Capitalist Manifesto: The Historic, Economic and Philosophic Case for Laissez-Faire. With the new book, Bernstein promises “the essential points—presented in a simple, easy to read format” (p. ix).

He begins his sixteen-page Prologue, “The Primordial Struggle for Individual Liberty,” by mentioning that capitalism rests on the “moral code . . . of an individual’s inalienable right to his own life” (p. 1). After recounting the American Revolution as a key example of the furthering of individual rights, Bernstein applies the principle of rights to issues such as contracts, property, and employment. He then defines some key terms, including capitalism (“the system of individual rights, including property rights, in which all property is privately owned”), freedom (protection “against the initiation of force by either private citizens or the government”), and statism (“the subordination of the individual to the state [and] the repudiation of inalienable individual rights”) (pp. 10–11). The prologue concludes with a discussion of some of history’s most horrifying instances of statism, including tribal dictatorships, Soviet communism, National Socialism, and Islamic theocracy.

The rest of the book is divided into three parts, about the historical, moral, and economic superiority of capitalism, respectively.

In Part One, “The Historic Superiority of Capitalism,” Bernstein first summarizes the impoverished conditions of preindustrial Europe. He then explains how, inspired by Enlightenment thinkers, innovators of 18th-century England and 19th-century America achieved profound advances in technology and economic production, created goods and services that radically improved the living conditions of the common person, and often amassed fortunes in the process. These productive giants include steam engineer James Watt, steel titan Andrew Carnegie, and oil pioneer John D. Rockefeller, who by the height of his dominance had driven oil prices from fifty-eight cents to eight cents per gallon (p. 52). Bernstein reviews many of the economic advances of the Industrial Revolution, such as the enormous expansion of cotton cloth—spun English cotton increased twenty-four-fold between 1765 and 1784 alone—enabling “hundreds of millions of people worldwide . . . to dress . . . comfortably, cleanly, and hygienically” (pp. 34–35, emphasis removed). . . .

View all articles by Ari Armstrong →
Review: Why Are Jews Liberals? by Norman PodhoretzReview: Essays on Ayn Rand’s Atlas Shrugged
Return to Top