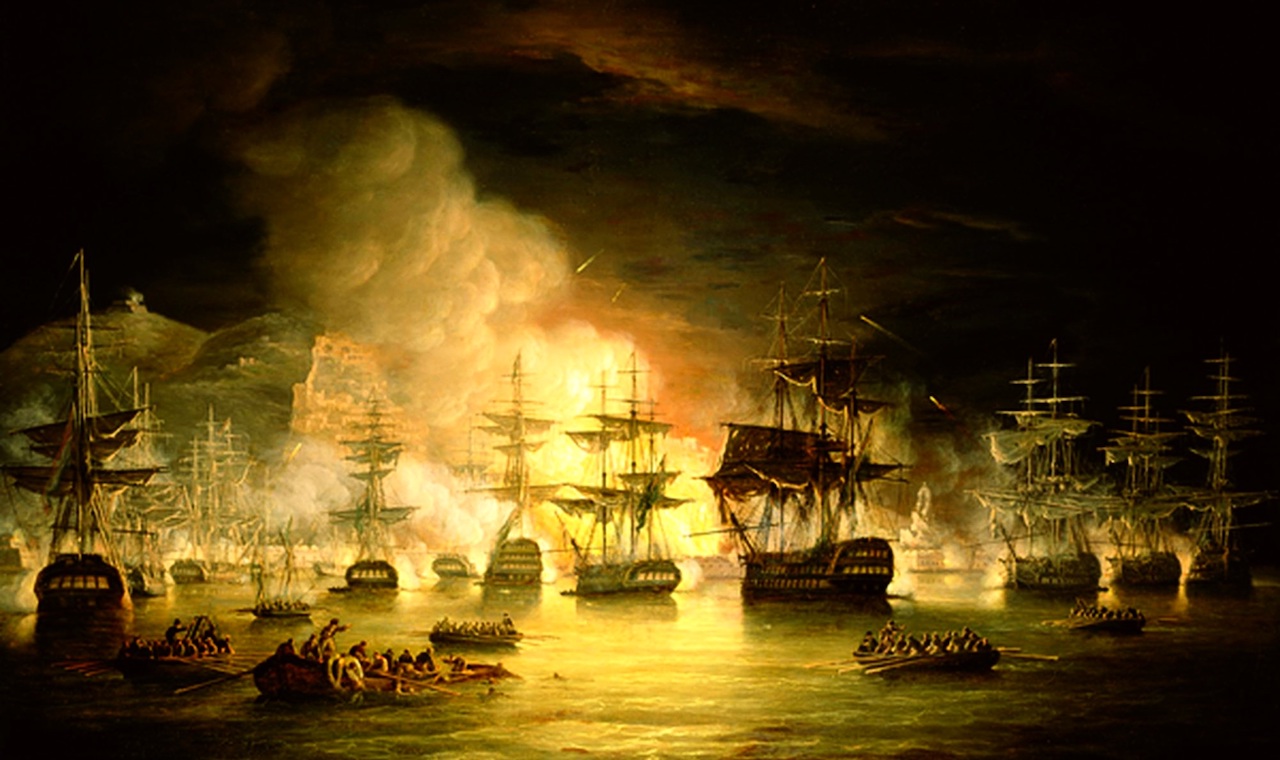 The Barbary Wars and Their Lesson for Combating Piracy Today

Over the past few years, Somali pirates have attacked numerous ships, hijacking more than forty in 2008, holding more than six hundred seafarers for ransom that same year,1 and extorting more than $150 million in ransom payments from December 2007 to November 2008.2 More troubling is that, as of September, reported pirate attacks for 2009 have already surpassed the total number reported in 2008—a strong indication that the problem of piracy is only worsening.3

Because of these attacks, shipping companies must choose between navigating dangerous waters and taking costly alternate routes in order to protect their crews and goods. In November 2008, Maersk, one of the world’s largest container shipping companies, announced that, until there are more convoys to protect its ships from attacks, some of its fleet will avoid taking the most direct sea route to the East through the Suez Canal, which leads to pirate-infested waters.4 By taking the next best route from Europe to the East—around South Africa’s Cape of Good Hope—shipping companies such as Maersk will add an average of 5.7 days and three thousand miles to each trip. The average annual cost of this route change to such a shipping company will range in millions of dollars for each of its ships that uses the alternate route,5 not to mention short- and long-term expenses from additional wear on its vessels. And, of course, given the integrated nature of the economy and the amount of goods shipped to and from the East, such route changes negatively affect all industries, directly or indirectly.

Although the piracy threat has been well known to those in the shipping industry for a few years, it became manifest to most Americans in April 2009 when Somali pirates hijacked the Maersk Alabama and captured twenty U.S. sailors. Although the sailors soon regained control of the ship,6 four pirates took Captain Richard Phillips hostage on a lifeboat. The three-day standoff that ensued ended when a team of navy SEAL snipers rescued the captain.7 Fortunately, neither the captain nor any sailors were seriously harmed during this attack—but it is disconcerting that a small gang of third-world pirates dared to attack an American ship and abduct its captain. Why were the pirates not afraid of a standoff with the most powerful navy on earth?

Toward establishing a policy that can bring about this same effect with regard to the Somali pirates, it is instructive to examine those aspects of late-18th- and early-19th-century U.S. foreign policy that were effective against Barbary piracy and those that were not. In particular, it is instructive to identify why the First Barbary War failed to end the pirate attacks but the second succeeded. Let us consider the key events surrounding these two wars. . . .

Doug Altner is an assistant professor of mathematics at the United States Naval Academy. His field of professional expertise is operations research and he holds a PhD in industrial and systems engineering from the Georgia Institute of Technology. He is developing new courses in mathematical programming for USNA; has published several peer-reviewed articles, including multiple book chapters, in the field of discrete optimization; and has been invited to present his research at many scholarly conferences. The views expressed in his articles are his own and are not representative of those of USNA.

Acknowledgments: The author would like to thank Rituparna Basu as well as Alan Germani and Craig Biddle for providing helpful feedback on earlier drafts of this article.

1 “Piracy in Waters off the Coast of Somalia,” International Maritime Organization, 2008, http://www.imo.org/TCD/mainframe.asp?topic_id=1178.

5 “Economic Impact of Piracy in the Gulf of Aden on Global Trade,” Maritime Administration, U.S. Department of Transportation, 2009, http://www.marad.dot.gov/documents/HOA_Economic%20Impact%20of%20Piracy.pdf.

10 To paraphrase Ayn Rand, men can properly claim ownership over a resource only when they have applied their thought and effort to transform that resource into a value (Ayn Rand, Capitalism: The Unknown Ideal [New York: Signet, 1986], p. 122). By this standard, the builders of a canal have a legitimate claim to ownership over their creation—including the right to demand fees from those who use it—by virtue of the fact that the passage would not exist were it not for their efforts. The Barbary pirates, by contrast, had not improved travel in the Mediterranean and thus had no more right to demand tribute than an armed mugger has the right to demand money from pedestrians in “his” neighborhood.

15 Despite having its freedom paid for, the ill-fated Betsey never made it back to the United States. Instead, she was again captured, this time by Tripolitan pirates. Instead of holding her for ransom, the Tripolitans converted the Betsey into a pirate gunship. The promise of one set of pirates to return U.S. property did not guarantee that the United States would actually receive it—particularly when other pirates knew that holding U.S. property was profitable and unlikely to earn them retribution.

31 Although this slogan is sometimes supposed to have originated during the First Barbary War, it was first used during the Quasi-War with France of 1798.

36 Oren, Power, Faith and Fantasy, p. 66. Eaton’s storied march is immortalized in the official hymn of the U.S. Marine Corps with the phrase “to the shores of Tripoli.”

46 Leiner, End of Barbary Terror, p. 113. Decatur did agree to return the two captured Algerine ships, but he refused to include this in the terms of the treaty. Decatur wanted the dey to recognize that the United States was under no obligation to do so, that he was only returning the ships as a “favor” (Decatur’s word) on the grounds that the current dey did not actually declare war on the United States. (The dey who had declared war had been assassinated in 1814 during a series of coups in Algiers.) (Lambert, Barbary Wars, pp. 192–93.) Thus, even when Decatur returned the ships to Algiers, he maintained his position as the final arbiter of the terms; this was not a negotiation.

52 McFadden and Shane, “In Rescue of Captain, Navy Kills 3 Pirates.”