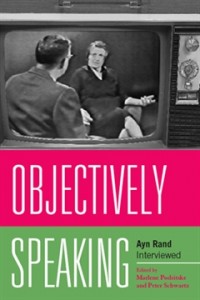 People today sense that something is wrong with the world and are searching for answers. What they generally find is disappointing. Skeptics tell us that there is no clear-cut right and wrong in any issue, that all issues are “complex,” that wisdom consists of dropping the notion that there are absolute truths. The most prevalent alternative to the skeptical, relativist position comes from religionists, who accept the existence of absolute truths but insist that they may be found only within a religious framework—a belief in a supernatural being who is the source of truth and morality. Both camps agree that absolutes cannot be discovered by a rational process. Both camps agree that morality consists of selfless service to others. Both camps support the welfare state.

Ayn Rand rejects all these claims and sweeps aside both skepticism and mysticism. Her philosophy, Objectivism, holds that reality is an objective absolute, independent of anyone’s beliefs or feelings; that reason, based on the evidence of the senses, is our only means of knowing reality and, consequently, our only proper guide to action; that each man is an end in himself, not the means to the ends of others, and, therefore, that the pursuit of his own rational self-interest and happiness is the highest moral purpose of his life; that the proper political system is that of laissez-faire capitalism, in which men deal with one another as “traders, by free, voluntary exchange to mutual benefit.”1 The reader may find the elucidation of her philosophical principles and their application in her novels, essays, and cultural commentary.

Objectively Speaking: Ayn Rand Interviewed is a recent addition to this body of work. It is a collection of radio and television interviews conducted with Ayn Rand from 1932 to 1981, in which she applies Objectivism to current events. Starting with her earliest known interview at age twenty-seven, it goes on to include a series of interviews conducted with her at Columbia University from 1962 to 1966, in which students and professors asked her questions on the principles of Objectivism and their application. It also includes a series of interviews in various media, ranging from the 1959 interview with Mike Wallace to her final public appearance, a 1981 interview with Louis Rukeyser. The epilogue is an interview with Dr. Leonard Peikoff, Rand’s best student, heir, and the leading exponent of her philosophy, in which he recounts his thirty-year professional and personal association with her.

Among the topics Rand discusses in her interviews are the political structure of a free society, the American constitution, objective law, the nature of capitalism and various myths about it, why political conservatives are worse enemies of capitalism than the leftists, the crucial need for a free press, proper foreign policy, the moral nature of businessmen, education, the arts, the nature of humor, the foundations of morality, individual rights, and many others. . . .

Dina Schein Federman held a PhD in philosophy from the University of Texas at Austin. She taught philosophy at Auburn University and worked for the Ayn Rand Institute’s Archives. She lectured and wrote on topics in ethics, literary analysis, and Ayn Rand’s biography, and has translated Ayn Rand’s Russian writings and Rand’s correspondence with her family.

View all articles by Dina Schein Federman →
Letter to the Editor
How Morality is Grounded in RealityReview: The Snowball: Warren Buffett and the Business of Life, by Alice Schroeder