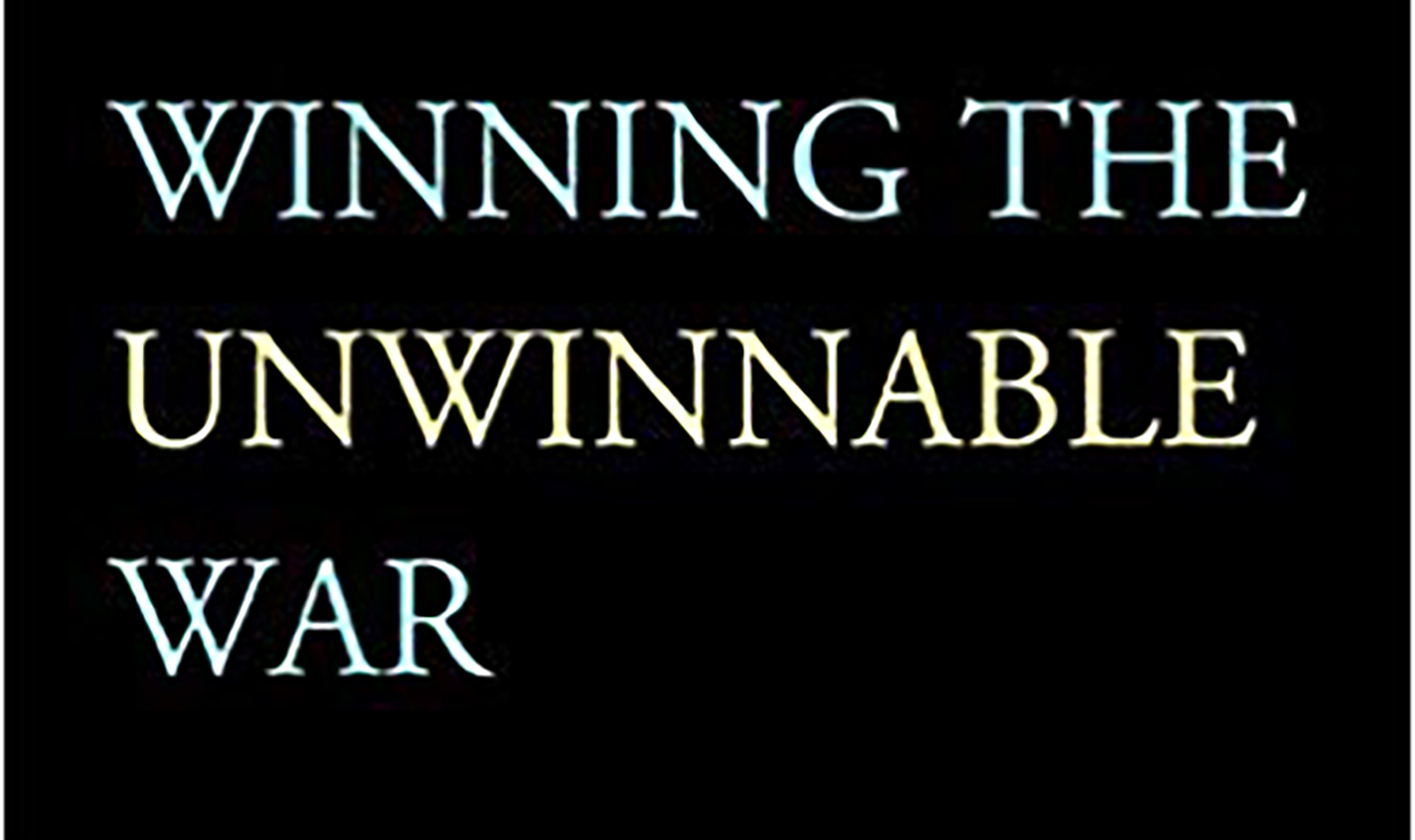 Author’s note: The following is the introduction to Winning the Unwinnable War: America’s Self-Crippled Response to Islamic Totalitarianism. The book is being published by Lexington Books and is scheduled for release this November.

The warriors came in search of an elusive Taliban leader. Operating in the mountains of eastern Afghanistan, the team of Navy SEALs was on difficult terrain in an area rife with Islamist fighters. The four men set off after their quarry. But sometime around noon that day, the men were boxed into an impossible situation. Three Afghan men, along with about one hundred goats, happened upon the team’s position. What should the SEALs do?

Their mission potentially compromised, they interrogated the Afghan herders. But they got nothing. Nothing they could count on. “How could we know,” recalls one of the SEALs, “if they were affiliated with a Taliban militia group or sworn by some tribal blood pact to inform the Taliban leaders of anything suspicious-looking they found in the mountains?” It was impossible to know for sure. This was war, and the “strictly correct military decision would still be to kill them without further discussion, because we could not know their intentions.” Working behind enemy lines, the team was sent there “by our senior commanders. We have a right to do everything we can to save our own lives. The military decision is obvious. To turn them loose would be wrong.”

But the men of SEAL Team 10 knew one more thing. They knew that doing the right thing for their mission—and their own lives—could very well mean spending the rest of their days behind bars at Leavenworth. The men were subject to military rules of engagement that placed a mandate on all warriors to avoid civilian casualties at all costs. They were expected to bend over backward to protect Afghans, even if that meant forfeiting an opportunity to kill Islamist fighters and their commanders, and even if that meant imperiling their own lives.

The SEALs were in a bind. Should they do what Washington and the military establishment deemed moral—release the herders and assume a higher risk of death—or protect themselves and carry out their mission—but suffer for it back home? The men—Lt. Michael Murphy; Sonar Technician 2nd Class Matthew Axelson; Gunner’s Mate 2nd Class Danny Dietz; and Hospital Corpsman 2nd Class Marcus Luttrell—took a vote.

They let the herders go.

Later that afternoon, a contingent of about 100–140 Taliban fighters swarmed upon the team. The four Americans were hugely outnumbered. The battle was fierce. Dietz fought on after taking five bullets, but succumbed to a sixth, in the head. Murphy and Axelson were killed not long after. When the air support that the SEALs had called for finally arrived, all sixteen members of the rescuing team were killed by the Islamists. Luttrell was the lone survivor, and only just.2

The scene of carnage on that mountainside in Afghanistan captures something essential about American policy. What made the deadly ambush all the more tragic is that in reaching their decision, those brave SEALs complied with the policies handed down to them from higher-ups in the military and endorsed by the nation’s commander-in-chief. Their decision to place the moral injunction to selflessness ahead of their mission and their very lives encapsulates the defining theme of Washington’s policy response to 9/11.

Across all fronts U.S. soldiers are made to fight under the same, if not even more stringent, battlefield rules. Prior to the start of the Afghanistan War and the Iraq War, for instance, the military’s legal advisors combed through the Pentagon’s list of potential targets, and expansive “no-strike” lists were drawn up.3 Included on the no-strike lists were cultural sites, electrical plants, broadcast facilities—a host of legitimate strategic targets ruled untouchable, for fear of affronting or harming civilians. To tighten the ropes binding the hands of the military, some artillery batteries “were programmed with a list of sites that could not be fired on without a manual override,” which would require an OK from the top brass.4 From top to bottom, the Bush administration consciously put the moral imperative of shielding civilians and bringing them elections above the goal of eliminating real threats to our security. . . .

View all articles by Elan Journo →
America’s Self-Crippled Foreign PolicyThe Creed of Sacrifice vs. The Land of Liberty