Energy at the Speed of Thought: The Original Alternative Energy Market

The most important and most overlooked energy issue today is the growing crisis of global energy supply. Cheap, industrial-scale energy is essential to building, transporting, and operating everything we use, from refrigerators to Internet server farms to hospitals. It is desperately needed in the undeveloped world, where 1.6 billion people lack electricity, which contributes to untold suffering and death. And it is needed in ever-greater, more-affordable quantities in the industrialized world: Energy usage and standard of living are directly correlated.1 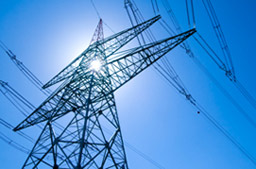 What is the solution?

We just need the right government “energy plan,” leading politicians, intellectuals, and businessmen tell us. Of course “planners” such as Barack Obama, John McCain, Al Gore, Thomas L. Friedman, T. Boone Pickens, and countless others favor different plans with different permutations and combinations of their favorite energy sources (solar, wind, biomass, ethanol, geothermal, occasionally nuclear and natural gas) and distribution networks (from decentralized home solar generators to a national centralized so-called smart grid). But each agrees that there must be a plan—that the government must lead the energy industry using its power to subsidize, mandate, inhibit, and prohibit. And each claims that his plan will lead to technological breakthroughs, more plentiful energy, and therefore a higher standard of living.

Consider Nobel Peace Prize winner Al Gore, who claims that if only we follow his “repower American plan”—which calls for the government to ban and replace all carbon-emitting energy (currently 80 percent of overall energy and almost 100 percent of fuel energy)4 in ten years—we would be using

fuels that are not expensive, don’t cause pollution and are abundantly available right here at home. . . . We have such fuels. Scientists have confirmed that enough solar energy falls on the surface of the earth every 40 minutes to meet 100 percent of the entire world’s energy needs for a full year. Tapping just a small portion of this solar energy could provide all of the electricity America uses.

And enough wind power blows through the Midwest corridor every day to also meet 100 percent of US electricity demand. Geothermal energy, similarly, is capable of providing enormous supplies of electricity for America. . . . [W]e can start right now using solar power, wind power and geothermal power to make electricity for our homes and businesses.5

And Gore claims that, under his plan, our vehicles will run on “renewable sources that can give us the equivalent of $1 per gallon gasoline.”6

Another revered thinker, Thomas L. Friedman, also speaks of the transformative power of government planning, in the form of a government-engineered “green economy.” In a recent book, he enthusiastically quotes an investor who claims: “The green economy is poised to be the mother of all markets, the economic investment opportunity of a lifetime.”7 Friedman calls for “a system that will stimulate massive amounts of innovation and deployment of abundant, clean, reliable, and cheap electrons.”8 How? Friedman tells us that

there are two ways to stimulate innovation—one is short-term and the other is long-term—and we need to be doing much more of both. . . . First, there is innovation that happens naturally by the massive deployment of technologies we already have [he stresses solar and wind]. . . . The way you stimulate this kind of innovation—which comes from learning more about what you already know and doing it better and cheaper—is by generous tax incentives, regulatory incentives, renewable energy mandates, and other market-shaping mechanisms that create durable demand for these existing clean power technologies. . . . And second, there is innovation that happens by way of eureka breakthroughs from someone’s lab due to research and experimentation. The way you stimulate that is by increasing government-funded research. . . .9

The problem with such plans and claims: Politicians and their intellectual allies have been making and trying to implement them for decades—with nothing positive (and much negative) to show for it. . . .

View all articles by Alex Epstein →
Letter to the Editor
Justice Holmes and the Empty ConstitutionA Brief History of U.S. Farm Policy and the Need for Free-Market Agriculture

15 In this regard, I recommend Gusher of Lies by Robert Bryce and The Technology Pork Barrel by Linda R. Cohen and Roger G. Noll.

24 This discussion is based on Williamson and Daum, The American Petroleum Industry, pp. 43–60.

26 This discussion is based on Williamson and Daum, The American Petroleum Industry, pp. 63–81.

37 For a comprehensive account of the existence and decline of economic freedom in the oil industry, see Bradley, Oil, Gas, and Government.