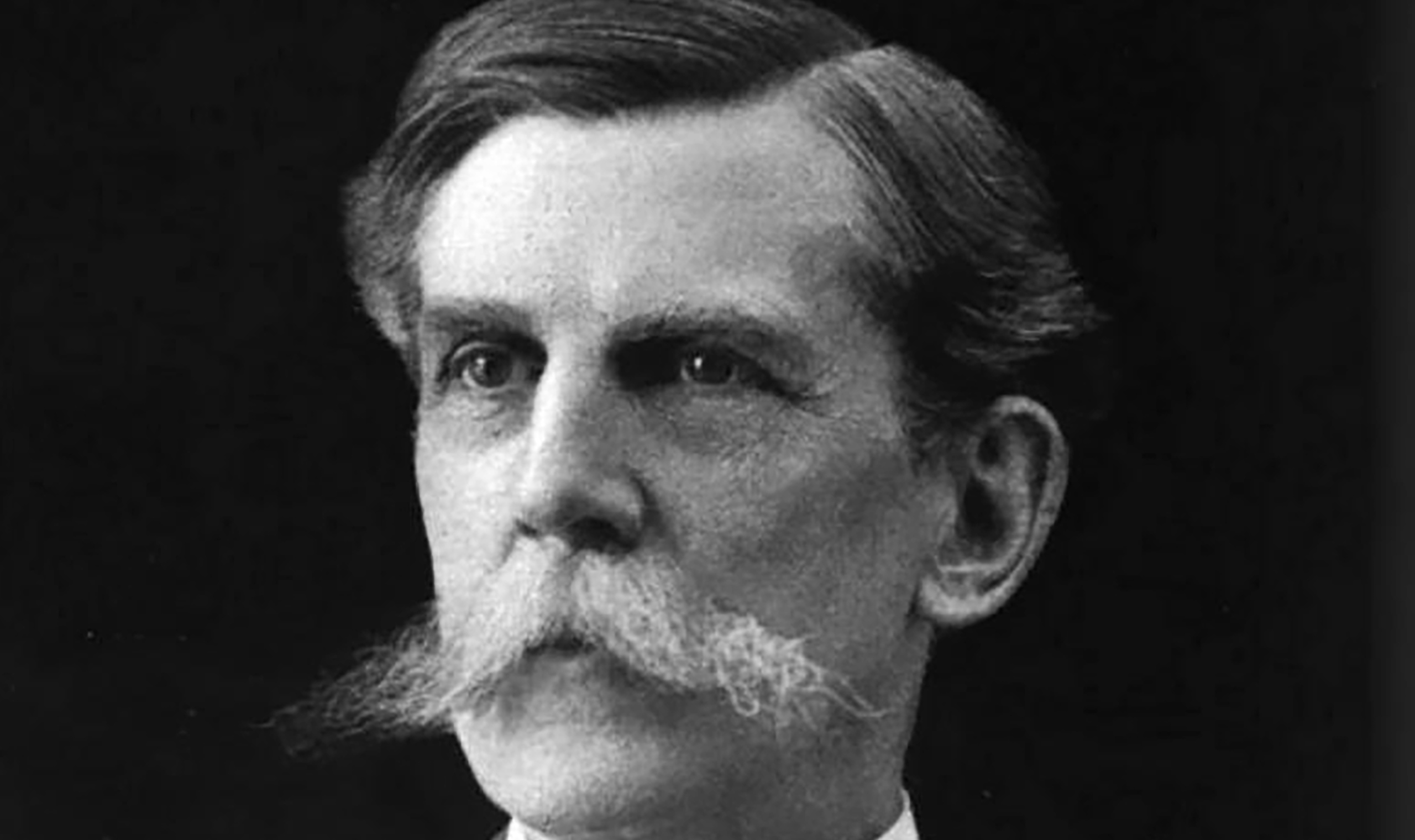 Justice Holmes and the Empty Constitution

On April 17, 1905, Justice Oliver Wendell Holmes Jr. issued his dissenting opinion in the case of Lochner v. New York.1 At a mere 617 words, the dissent was dwarfed by the 9,000 words it took for the Supreme Court’s eight other Justices to present their own opinions. But none of this bothered Holmes, who prided himself on writing concisely. “The vulgar hardly will believe an opinion important unless it is padded like a militia brigadier general,” he once wrote to a friend. “You know my view on that theme. The little snakes are the poisonous ones.”2

Of the many “little snakes” that would slither from Justice Holmes’s pen during his thirty years on the Supreme Court, the biting, eloquent dissent in Lochner carried perhaps the most powerful venom. A dissent is a judicial opinion in which a judge explains his disagreement with the other judges whose majority votes control a case’s outcome. As one jurist put it, a dissent “is an appeal . . . to the intelligence of a future day, when a later decision may possibly correct the error into which the dissenting judge believes the court to have been betrayed.”3 Holmes’s Lochner dissent, though little noticed at first, soon attained celebrity status and eventually became an icon. Scholars have called it “the greatest judicial opinion of the last hundred years” and “a major turning point in American constitutional jurisprudence.”4 Today, his dissent not only exerts strong influence over constitutional interpretation and the terms of public debate, but it also serves as a litmus test for discerning a judge’s fundamental view of the United States Constitution. This means that any Supreme Court nominee who dares to question Holmes’s wisdom invites a fierce confirmation battle and risks Senate rejection. As one observer recently remarked, “The ghost of Lochner continues to haunt American constitutional law.”5

Holmes’s dissent in Lochner blasted the majority opinion endorsed by five members of the nine-man Court. Holmes, as if anticipating the modern era of “sound bites,” littered his dissent with pithy, quotable nuggets that seemed to render the truth of his opinions transparently obvious. Prominent scholars have called the dissent a “rhetorical masterpiece” that “contains some of the most lauded language in legal history.”6 His “appeal to the intelligence of a future day” was a stunning success. So thoroughly did Holmes flay the majority’s reasoning that Ronald Dworkin, a prominent modern legal philosopher, dismisses the majority decision as an “infamous . . . example of bad constitutional adjudication” that gives off a “stench”; and Richard A. Posner, prolific author and federal appellate judge, writes that Lochner is the type of decision that “stinks in the nostrils of modern liberals and modern conservatives alike.”7

What heinous offense did the Lochner majority commit to provoke Holmes’s caustic dissent? It was not the fact that they had struck down a New York law setting maximum working hours for bakers. Holmes personally disapproved of such paternalistic laws and never questioned the Supreme Court’s power to strike down legislation that violated some particular clause in the Constitution.8 No, in Holmes’s eyes the majority’s unforgivable sin did not lie in the particular result they reached, but in the method by which they reached it. The majority interpreted the Constitution as if it embodies a principled commitment to protecting individual liberty. But no such foundational principle exists, Holmes asserted, and the sooner judges realize they are expounding an empty Constitution—empty of any underlying view on the relationship of the individual to the state—the sooner they will step aside and allow legislators to decide the fate of individuals such as Joseph Lochner.

Lochner, a bakery owner whose criminal conviction sparked one of the Supreme Court’s most significant cases, never denied he had violated the New York Bakeshop Act of 1895. Instead, he contended that the statute itself was unconstitutional. The majority agreed with Lochner, and Holmes was moved to dissent—for reasons that are best understood against the background of Progressive Era reform. . . .

About Thomas A. Bowden

Thomas A. Bowden (JD, University of Maryland, 1987) is an analyst at the Ayn Rand Center for Individual Rights in Washington, D.C., focusing on legal issues. His op-eds have appeared in The Wall Street Journal and dozens of other publications, and he frequently provides commentary to various media outlets. A former law school instructor, he practiced civil litigation in Baltimore for twenty years. His book, The Enemies of Christopher Columbus, is a critique of multiculturalism. He also contributes regularly to Voices for Reason.

View all articles by Thomas A. Bowden →
Letter to the Editor
An Interview with a “Capitalist Pig”: Jonathan Hoenig on Hedge Funds, the Economic Crisis, and the Future of AmericaEnergy at the Speed of Thought: The Original Alternative Energy Market

Acknowledgments: The author would like to thank Onkar Ghate for his invaluable suggestions and editing, Adam Mossoff and Larry Salzman for their helpful comments on earlier drafts, Peter Schwartz for sharing his thoughts on legal interpretation, and Rebecca Knapp for her editorial assistance.

18 Ibid.,p. 13. In that era, hourly wages were virtually unknown; laborers were hired by the day, or sometimes by the week.

31 Ibid.,pp. 91–92. Ironically, Lochner’s team of appellate lawyers included one Henry Weismann, who had actually lobbied on behalf of the bakers’ union for passage of the Bakeshop Act in 1895.

53 The grounds on which Judges McLennan and Williams dissented, in the first New York appellate court, are unclear, as they did not deliver written opinions. 73 A.D. at 128.

57 A “word or saying used by adherents of a party, sect, or belief and usually regarded by others as empty of real meaning.” Merriam-Webster Online, “shibboleth,” http://www.merriam-webster.com/dictionary/shibboleth (last accessed January 28, 2009).

58 A Lexis/Nexis search performed on February 27, 2009, indicated that this sentence had been quoted verbatim in 59 reported appellate cases, 98 news reports, and 338 law review articles.

66 This was a 19th-century term of art denoting “fundamental rights” and “substantive liberties” of the individual, to be protected against “hostile state action.” Michael Kent Curtis, No State Shall Abridge: The Fourteenth Amendment and the Bill of Rights (Durham, NC: Duke University Press, 1986), pp. 47–48.

69 As Holmes wrote in another dissent years later, concerning liberty of contract, “Contract is not specially mentioned in the text that we have to construe. It is merely an example of doing what you want to do, embodied in the word liberty. But pretty much all law consists in forbidding men to do some things that they want to do, and contract is no more exempt from law than other acts.” Adkins v. Children’s Hospital, 261 U.S. 525, 568 (1923) (Holmes, J., dissenting).

73 Some legal historians hold that the Lochner Era actually began in 1897, when the Supreme Court in Allgeyer v. Louisiana struck down a state insurance law that interfered with contractual freedom.

83 Bernstein, review of Phillips, The Lochner Court, Myth and Reality,p. 231.

89 According to a 2005 Pew Research Center public opinion poll, 26 percent of respondents believe the Supreme Court should “completely overturn” its decision in Roe v. Wade:http://people-press.org/questions/?qid=1636990&pid=51&ccid=51#top (last accessed May 4, 2009). A 2008 Gallup poll on the same issue found that 33 percent would like to see the decision overturned: http://www.gallup.com/poll/110002/Will-Abortion-Issue-Help-Hurt-McCain.aspx (last accessed May 4, 2009). On average, about one-third of Americans disapprove of the way the Supreme Court is doing its job: http://www.gallup.com/poll/18895/Public-Divided-Over-Future-Ideology-Supreme-Court.aspx (last accessed May 4, 2009).

95 Although today’s legal professionals debate such interpretive concepts as “public-meaning originalism,” “living constitutionalism,” and judicial “humility,” it is the activism/restraint dichotomy that continues to dominate public discussion outside the courts and academia.

101 In a 1992 case, Planned Parenthood v. Casey, 505 U.S. 833, a plurality of the Supreme Court singled out the Fourteenth Amendment’s concept of “liberty” as the proper basis for upholding a woman’s qualified right to abortion. However, the Court also reaffirmed Roe’s holding that the states have “their own legitimate interests in protecting prenatal life.” 505 U.S. at 853. Hence this entire line of cases remains vulnerable to the Holmesian critique in Lochner. If the “police power” can be interpreted to have no limits, then why not the state’s “legitimate interests in protecting prenatal life”?

102 Posner, The Essential Holmes,p. 220 (correcting Holmes’s obsolete spelling of “subtle” as “subtile”). In a similar vein, Holmes gave a eulogy in 1891 praising men of “ambition” whose “dream of spiritual reign” leads them to seek the “intoxicating authority which controls the future from within by shaping the thoughts and speech of a later time.” Posner, The Essential Holmes, p. 214.

110 Taylor, “Does the President Agree with This Nominee?” supra.

111 In addition, the late Bernard H. Siegan, a professor at the University of San Diego School of Law, was rejected by the Senate for a seat on the U.S. Court of Appeals based largely on the support for the Lochner decision expressed in his book, Economic Liberties and the Constitution. See Larry Salzman, “Property and Principle: A Review Essay on Bernard H. Siegan’s Economic Liberties and the Constitution,” The Objective Standard, vol. 1, no. 4 (Winter 2006–2007), p. 88.