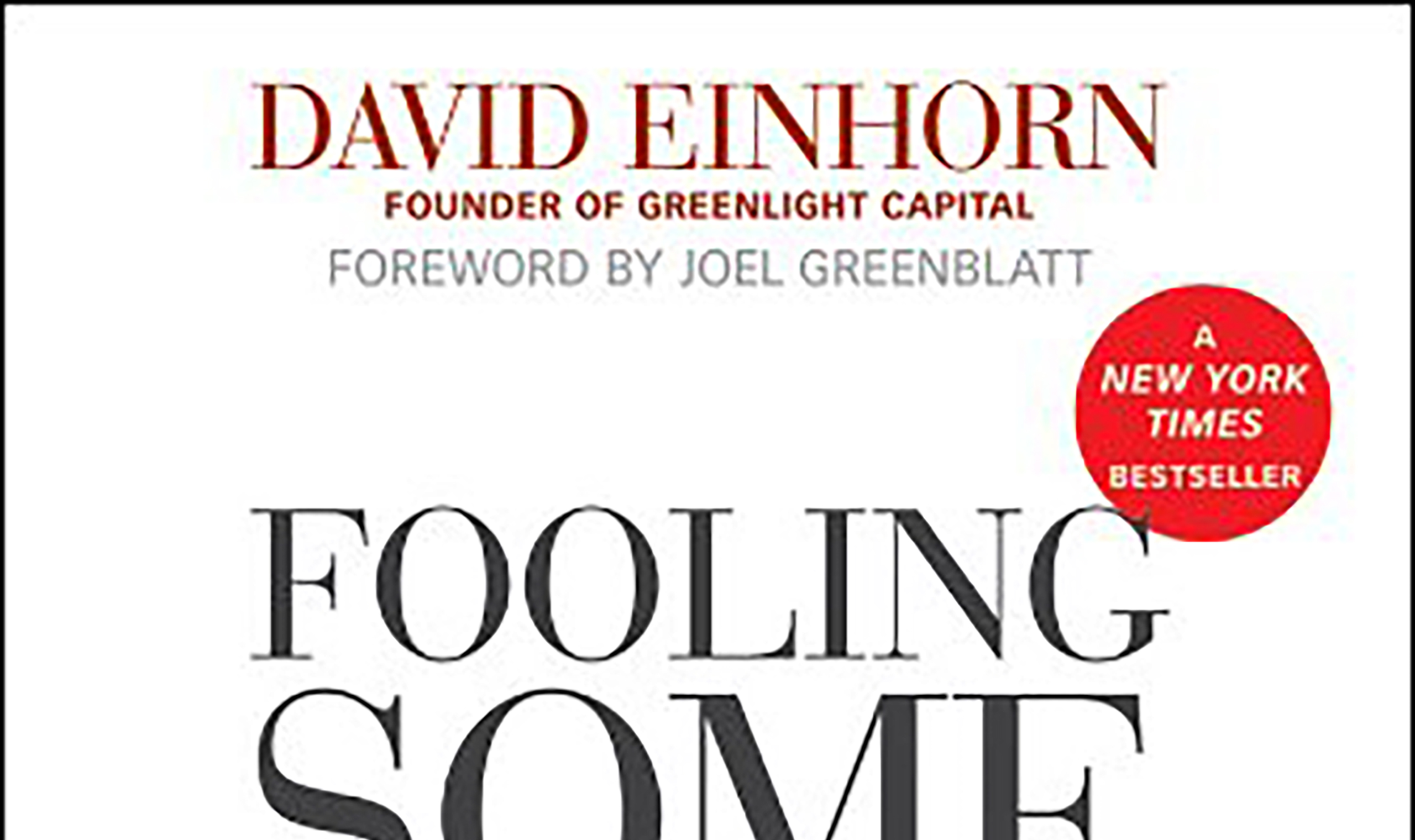 Review: Fooling Some of the People All the Time, by David Einhorn

The scene is the offices of Donaldson, Lufkin & Jenrette (DLJ) in late 1991. Analysts here are regularly given deadlines requiring them to work through the night; hundred-hour workweeks are the norm, and the environment is extremely hectic—even by Wall Street standards. It is three o’clock on a Sunday morning, and a young David Einhorn sits at his desk trying to finish the job he was given. A few months into this position, he has lost fifteen pounds due to the stress (p. 12).

Two years later, Einhorn takes a job working for Siegler, Collery & Company, a mid-sized hedge fund with about $150 million under management. He learns “how to invest and perform investment research from Peter [Collery], a patient and dedicated mentor” (p. 12). He spends weeks “researching a company, reading the SEC filings, building spreadsheets and talking to management and analysts.” He then turns in his work to Peter—who, having read everything, makes a detailed list of questions that Einhorn wishes he had asked (p. 12).

In 1996, confident in his own abilities, Einhorn resigns from the firm to start his own. The original business plan is written on the back of a napkin. The original office is a 130-square-foot, windowless room. He names the firm Greenlight Capital, as suggested by his wife, who also gave him the green light. As Einhorn explains, “When you leave a good job to go off on your own and don’t expect to make money for a while, you name the firm whatever your wife says you should” (p. 12).

Greenlight Capital is a “long-short” hedge fund—which means a fund that “goes long” on investment opportunities that it thinks are substantially undervalued and “short” on those it regards as substantially overvalued. Einhorn succinctly explains these terms: . . .

View all articles by Daniel Wahl →
Letter to the Editor
Review: Life Without Lawyers, by Philip K. HowardReview: The Box, by Marc Levinson
Return to Top