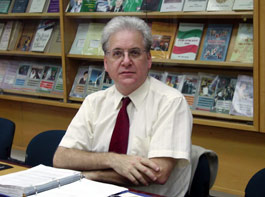 [Permission is given to read this in full, wherever defenders of liberty may gather. Thank you to Char Cushman for the transcription, Andy Clarkson for the original video, and to Matthew Ridenhour for arranging the Charlotte Tea Party.]

It is high time for a tea party in America!

But to do this right, we need to understand what it means. So I want to think back for a moment to what happened over 200 years ago, at the time of the original Boston Tea Party.

The Founders of this nation brought forth a radical idea. It was truly radical, practiced nowhere before this time.

This idea was the Rights of Man. The Founders saw each of us as endowed with certain inalienable rights, rights that may not be separated from our nature as autonomous beings.

These inalienable rights are:

Unless I’m mistaken I don’t see anything here about a right to happiness. I see a right to the pursuit of happiness: the right to take the actions needed to attain one’s own happiness. Nor do I see any rights to things at all—no rights to food, clothing, healthcare or diapers. There is only a right to act to achieve those things. This is called freedom.

These rights to act—the rights to life, to liberty, and to the pursuit of happiness—are founded on a certain view of man. Each of us is an individual, autonomous, moral being, with the right to choose his own values and capable of directing his own life.

Look at the person next to you, and look in the mirror—do you see the individual sovereign human being, existing for his own sake, with the right to live, to love, and to act?

This idea—the Founders’ idea of the individual Rights of Man—led to a radical view of government. Government was not to be inherited by the force of an entrenched aristocracy as in Europe, imposed by the divine right of kings through generations of oppression, or enforced by the force of a club.

Government in America was to be designed and instituted by thinking men, for a single purpose: to protect and defend the Rights of Man.

This is what the American Declaration of Independence says: “To secure these rights, governments are instituted among men.” Thinking men, armed with the idea of rights, created a government limited to the protection of individual rights.

For centuries in Europe, the relationship between the people and the government had been that of serf to master: everyone was a servant of the ruling elite. In America, this was turned upside down: government became the servant of the individual. The very reason for a government—and its purpose—is to secure our inalienable, individual rights.

The results in America speak for themselves: the greatest most prosperous nation the world has ever seen. I here quote the writer Ayn Rand (and if you want to understand what is happening today, read her novel Atlas Shrugged). Ayn Rand, speaking to the graduating class at West Point, said that the United States was the first and only moral nation in the history of man, the first nation founded on a moral principle, the Rights of Man, and with a moral purpose, to secure these rights for all men.

This principle of rights is so strong that over years the Americans were able to correct the original shortcomings that the Founders’ could not overcome. Slavery and the denial of women’s suffrage both fell when the principle of rights was properly applied to all men. To correct the original errors did not require the Americans to overthrow the principle, but rather to strengthen and to deepen it, to apply it to everyone, and to renew their commitment to it.

And that is what we must do today.

Because something very bad has happened in America over the last century. A cancer has implanted itself in the land of the free. A cancer has grown in our government and in our society. The cancer is the idea that government is no longer to be the defender of our rights, but rather the grantor of wishes.

Over the past century the idea took hold that government’s purpose was not to secure our rights to life, liberty, and the pursuit of happiness, but rather to satisfy our needs, whims and wants. That idea has been implanted in our schools, our media, and our government.

And who will provide these handouts? The government, many people say, the all-powerful being that looms over us and grants our wishes. But who is to provide the goods that government hands out? Every person who works and produces, and whose property, gained by the sweat of his efforts, is taken from him by force.

The government has, once again, become a ruling aristocracy, set up as our masters, disposing of our lives.

This cancer has now grown to the point where this ruling elite controls a budget of over four thousand billion dollars a year—more money than can be conceived by the human mind. The government had to grow this big—and it will continue to grow until it destroys this nation—because it is acting according to the idea that it is morally right to take the wealth from those who produce it, and to give it to those who want it.

At the root of this idea is a view of man that is totally at odds with the vision of the Founders: the modern vision of man as a whining dependent, who begs for the needs of life from an all-powerful governing aristocracy. This ruling elite claims the moral right to distribute the wealth of those who earn it to those who wish for it.

If we are going to challenge this monstrosity, if we are going to expunge this cancer, then this is what we must reject. We need to regain the vision of ourselves held by the American Founders. We need to stand up, and assert ourselves as autonomous moral beings, with the right to our own life, liberty and the pursuit of our own happiness.  We need to reject the claim that we are weak and dependent beggars, and to assert our own competence to run our own lives.

At its heart, the economic and political crisis is a deeper problem—a moral problem. The cause of the crisis today is the worship of need, and the view of man as too stupid to act for his own sake, and worthy of being milked of all his values, to provide for others. This is what we must reject.

This is an attempt to seize your life, to destroy your sense of self as an independent human being, and to replace it with a being with no self-esteem and no capacity for individual action—a being doomed to beg for sustenance from an all-powerful ruling elite.

This ruling elite, looking down on us right now, cannot understand gatherings such as these, in which free people gather to defend liberty. They think that this must be orchestrated by a vast conspiracy, because they cannot understand how autonomous human beings might gather by their own choice, to affirm their commitment to liberty.

Our so-called leaders think this because they don’t see autonomous moral beings at all. They see only serfs, sniveling and whining, begging their masters for the scraps needed to survive, acting as a collective mob rather than as thinking individuals.

Look at yourselves again. Do you see in your face, and in the face of the person next to you, the slave of a group, with no moral status, no rights and no liberties, who is bound from birth to serve? Or do you see an autonomous being with the right to live for his own sake?

Will you knuckle under and become a helpless dependent? Or will you stand tall, and defend your right to your own life, your own liberty, your pursuit of your own individual happiness, and your own property?

It is time to stand up, to say no to the creed of dependence, to assert ourselves, to assert our own moral status, to defend our right to our own lives and property, and to make our voices heard.

Thank you very much.