Why Israel Attacked the Gaza - The Objective Standard
Politics & Rights

Why Israel Attacked the Gaza 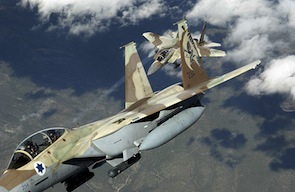 The "news" we have heard about the Israeli military action in the Gaza strip has often focused on the deaths of "civilians." This obfuscates the fact that the majority of casualties were Hamas warriors in civilian dress. When the Israelis retaliate, the press reports it as Israeli "aggression." Every dead child then becomes a propaganda weapon for Hamas. The more dead civilians, the better it is for Hamas.

Here is a concrete example of how Hamas warriors intentionally position themselves in civilian buildings, incite the Israelis to respond, and then cash in for propaganda purposes. In a slip on Alarabiya-TV, an announcer states that a missile had just been launched from the basement of the press building: "Hamas fires Grad Missiles from foreign Press building in Gaza January 2009—Unintentional News from Alarabiya-TV."

The press later reported the Israeli response, "IDF hits the foreign Press building," without reporting the missile that triggered the retaliation by the Israeli Defense Forces.

The press building incident is a microcosm of the entire conflict. Hamas has launched thousands of missiles from densely populated areas against civilians in Israel. For Hamas, the entire population of the Gaza is an expendable resource to be used to create the propaganda needed to continue the war.

Thanks to Boaz Arad for bringing this to my attention.