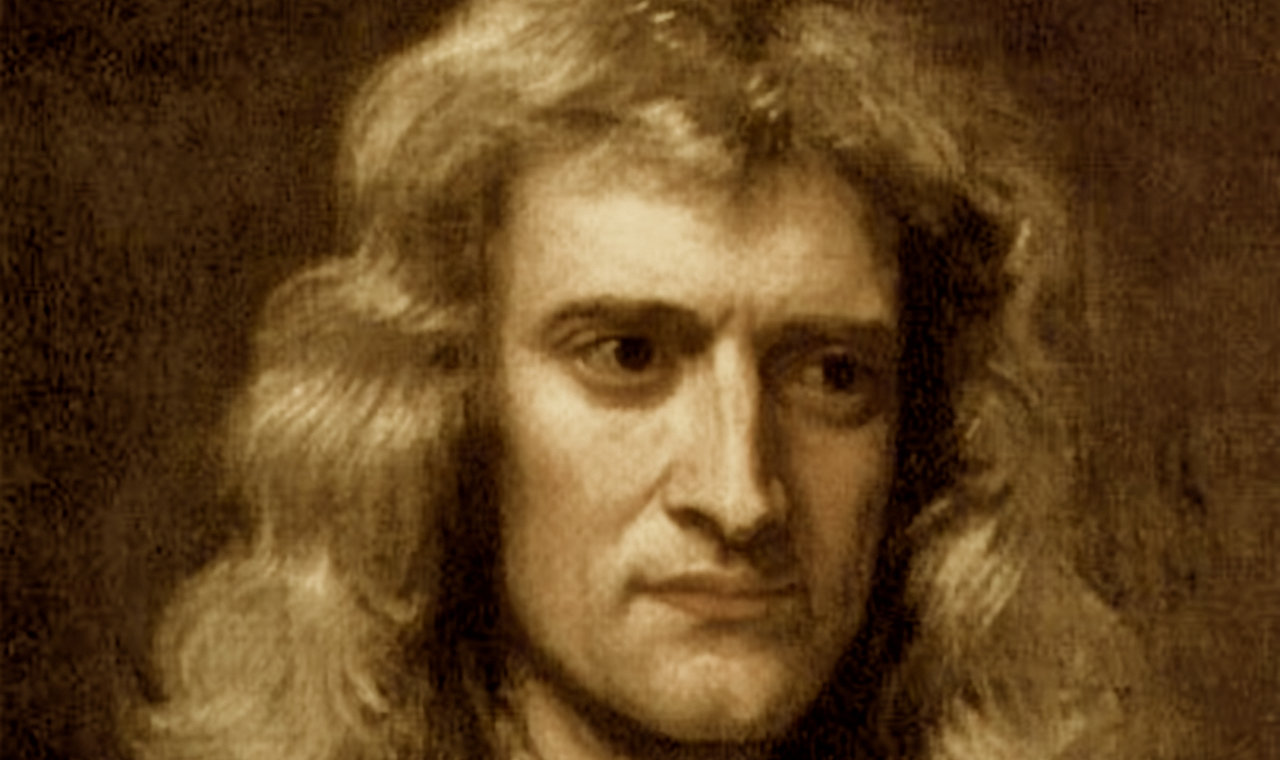 Demystifying Newton: The Force Behind the Genius

Einstein credited Isaac Newton, the father of physics and arguably the founder of scientific certainty, with “the greatest advance in thought that a single individual was ever privileged to make.”1 The compliment is not hyperbole: In his Principia2 and the discoveries that preceded it, Newton single-handedly deciphered more of the universe’s enigmas than perhaps any other scientist in history. He revolutionized mathematics, integrated the previously disparate fields of mechanics and astronomy, and thus opened the door to the science of force and motion as we know it. And yet, ironically, Newton himself remains an enigma to those biographers who attempt to identify the force that moved him—the motive that compelled him to strive for the discovery and validation of scientific truths on such a grand scale.

Most biographers shy from examining Newton’s motives, asserting that a genius and creative power of Newton’s magnitude defies mundane human explanation. One scholar, however, accepted the charge. Frank Manuel, in his biography, A Portrait of Isaac Newton, attempted to diagnose the source of Newton’s genius by means of what is, in effect, a retroactive psychoanalysis. In keeping with the neo-Freudian school of psychology, Manuel attempts to demystify Newton’s thought and behavior by speculating about repressed insecurities and unconscious defense mechanisms that may have commanded Newton’s psyche.

Since the book’s publication in 1968 and to this very day, biographers and Newton scholars defer to Manuel—with varying degrees of enthusiasm—on the question of what, in Newton’s character and soul, could have spawned his inexhaustible passion for discovering the nature of things. Manuel’s model of Newton’s underlying motives stands, by default, as the definitive account of the psyche whence sprang the Principia. For example, James Gleick, in his recent biography Isaac Newton, quotes—without critique or comment—Manuel’s interpretation of Newton’s relationship with his niece Catherine, whom he raised and nurtured into adulthood: “‘In the act of fornication between his friend Halifax and his niece was Newton vicariously having carnal intercourse with his mother?’”3 Such rhetorical suggestions offered in explanation of Newton’s words and actions abound in Manuel. And because other Newton scholars have defaulted on the task of evaluating Newton’s motives, such “suggestions” have stood unchallenged and unrefuted to this day—coloring the legacy and tainting the name of one of history’s greatest scientists.

It is easy to sympathize with biographers who struggle in vain to knit together the apparently disparate threads of Newton’s psychological life. By common accounts, Newton was a man of perplexing contradiction—described alternately as an arrogant, self-obsessed egomaniac and then as a neurotic “recluse” crippled by “searing” self-doubt.4 On one hand, he is the man who proclaimed his own theory of light to be “the oddest if not the most considerable detection which has hitherto been made in the operations of nature”5—which Manuel interprets as an instance of Newton’s “fantasies of omnipotence and omniscience and his self-image as the perfect one.”6 On the other hand, Newton himself, denying a friend’s compliments of his preternatural genius, mused that his success is the outcome of “nothing but industry & a patient thought.”7 And in the twilight of his years Newton reflected on himself as “only like a boy playing on the sea-shore, and diverting myself in now and then finding a smoother pebble or a prettier shell than ordinary, whilst the great ocean of truth lay all undiscovered before me.”8 These are not the words of a “narcissist” or an “egomaniac” who is “completely wrapped up in himself,”9 as is commonly postulated—but of a man wrapped up in the quest for truth, and humbled by the vastness of its terrain. Indeed, Newton’s close friend John Locke described him as “a nice man to deal with and a little too apt to raise in himself suspicions where there was no ground.”10

This seeming contradiction between Newton’s supreme “arrogance” on the one hand and his apparent self-doubt on the other is what led Manuel to postulate that Newton was driven by deep-seated unconscious insecurities. But is there really any contradiction? In truth, when Newton was certain of his conclusions, he was unshakably sure of himself—and did not suffer criticism that he considered misguided, let alone dishonest. Yet when he was uncertain, he did not rest content until he copiously checked his conclusions against the facts. For instance, in 1666, he tested his theory of an inverse-square gravitational force, likely formulated in the early 1660s by deduction from Kepler’s elliptical theory, against observations of the moon’s motions. He found that the motions agreed “pretty nearly,”11 but not nearly enough—and because he could not explain the discrepancy, he set aside the theory until he could amass further evidence. Whereas his fellow scientists, from Ptolemy to Copernicus to Galileo, sought nothing further than approximate agreement between their theories and the empirical phenomena, Newton was “extreme” in his demands for accuracy.

In Manuel’s account, such polar extremities of behavior bear the elusive signature of a “neurotic.” For Manuel, Newton’s apparent “swings” of extreme self-assurance and extreme self-doubt are symptoms of a deep neurosis rooted in his childhood. In true Freudian fashion, Manuel points to Newton’s abandonment by his mother when she remarried and sent him to live with his grandmother. He also points to Newton’s puritanical education, which allegedly inculcated in him a powerful fear of wrongdoing. These traumatic experiences, according to Manuel’s account, begat a combined longing for attachment and fear of punishment that molded his scientific thought. Manuel even goes so far as to speculate that Newton’s discovery of the gravitational force was inspired by his childhood anxieties: Newton “knew of the common metaphoric description of the attractive power of a magnet as love” and of the “‘sociability’ of liquids.” Consequently, Manuel speculates, Newton’s “longing for the absent ones, his dead father and his remarried mother” inspired his formulation of gravity as “a sort of an impulse or attraction.”12

And as for Newton’s vehemence in defending the certainty of his conclusions—this Manuel explains as a wall of defense against the puritanical guilt constantly clamoring to invade his mind. In one instance, Manuel cites a fervent (and thus, in his view, feverish) letter in which Newton defends his theory of light against a religiously motivated attack by a group of Jesuit scholars. The letter was penned in response to a charge by Anthony Lucas, a Jesuit who leveled a cavalier accusation against Newton’s measuring accuracy, claiming that Newton had incorrectly reported the length of an image of the light spectrum. Newton had previously refrained from defending himself against the unscientific accusations of the Jesuits, writing that he did not wish to become a “slave to philosophy”13 (which meant, in his terms, to empty sophistic bickering) by engaging them in argument. But now, he was infuriated: Lucas had challenged the accuracy of Newton’s experimental data, without bothering to supply any evidence in support of his challenge. Enraged, Newton wrote to Oldenberg, president of the Royal Society of London: “’Tis the truth of my experiments which is the business at hand. On this my Theory depends, & which is of more consequence, the credit of my being wary, accurate and faithful in the reports I have made or shall make of experiments in any subject, seeing that a trip in any one will bring all the rest into suspicion.”14 Ultimately the Royal Society duplicated Newton’s experiments and formally refuted Lucas’s objections, such that, in Newton’s terms, he stood “convicted” by the “trial of the Royal Society.” Lucas had miscalculated in groundlessly questioning the truth of Newton’s calculations; his error was in underestimating Newton’s reverential devotion to that truth.

In Manuel’s interpretation, such reverence bespeaks neurosis. Interpreting the incident, Manuel writes, “Ambivalent neurotics have a craving for certainty. The
more searing the doubt the more profound the need for a safe haven. Newton had two such refuges, a great blessing for a man in his state of everlasting tension: one was the Bible . . . the other was mathematical proof.” He proceeds to explain the neurotic basis for Newton’s intolerance of doubt: “Scientific error was assimilated with sin, for it could only be the consequence of sloth on his part and a failure in his divine service. For Newton a sin was not an act of human frailty that could be forgiven, but a sign that the culprit was possessed by evil.”15 Manuel thus diagnoses Newton’s preoccupation with scientific certainty and his impatience with doubt as symptoms of a psychotic insecurity, which stems, in turn, from his oppressive puritanical upbringing. But such a diagnosis seems quite peculiar if one considers that Newton is right. As is the case with his theory of light, Newton’s theories do stand or fall on the truth of his evidential arguments, because true theories admit of no contradictory evidence. If an objector such as Anthony Lucas were to discover an error in Newton’s empirical measurements, he would indeed cast doubt on Newton’s entire theory. Thus, in vehemently defending the truth of his experiments against those who launch a frivolous attack against it, Newton reveals his “religious” devotion, not to his puritanical schoolteachers or to a wrathful God who censures his every step, but to the real, physical world—and to his understanding thereof.

It is not Newton’s departure from reality, then, but rather the intensity of his devotion to it that Manuel finds psychotic. Psychosis is generally defined as a state of delusion, a split from reality. A preoccupation with “divine service,” as Manuel describes it, implies obeisance to an invisible God at the expense of any rational judgments grounded in this-worldly evidence. But Newton’s alleged psychosis consists precisely in obeying the evidence of this world as he searches for scientific truth; the preoccupation Manuel refers to is not with an otherworldly authority, but with physical reality. Manuel does not seem to recognize this distinction, as he repeatedly lumps together Newton’s reverence for the truth with his deference to God and his alleged cringing fear of divine punishment. Manuel’s psychoanalytic model of the mind treats any pervasive behavior or thought pattern as symptomatic of childhood trauma or some other brand of prior conditioning.

What this model does not seem to admit as a possibility is a mind not buoyed along by external circumstances, but rather governing itself, holding the truth as its sole guide and master—a mind conscientiously committed to the pursuit of truth as its primary and fundamental motive. And yet such a scenario should not seem so far-fetched, given that grasping the truth is the mind’s proper and primary function. Viewed in this light, Newton’s “craving for certainty” is not a symptom of illness but of exemplary mental health. Indeed, the craving for certainty is a venerable virtue—for to crave certainty is to crave the truth, and truth is infinitely valuable. Given the advances in science enabled by the certainty of Newton’s laws, and the vast benefits ultimately conferred on human life by those advances, the objective value of Newton’s “preoccupation” with truth is indisputable. . . .