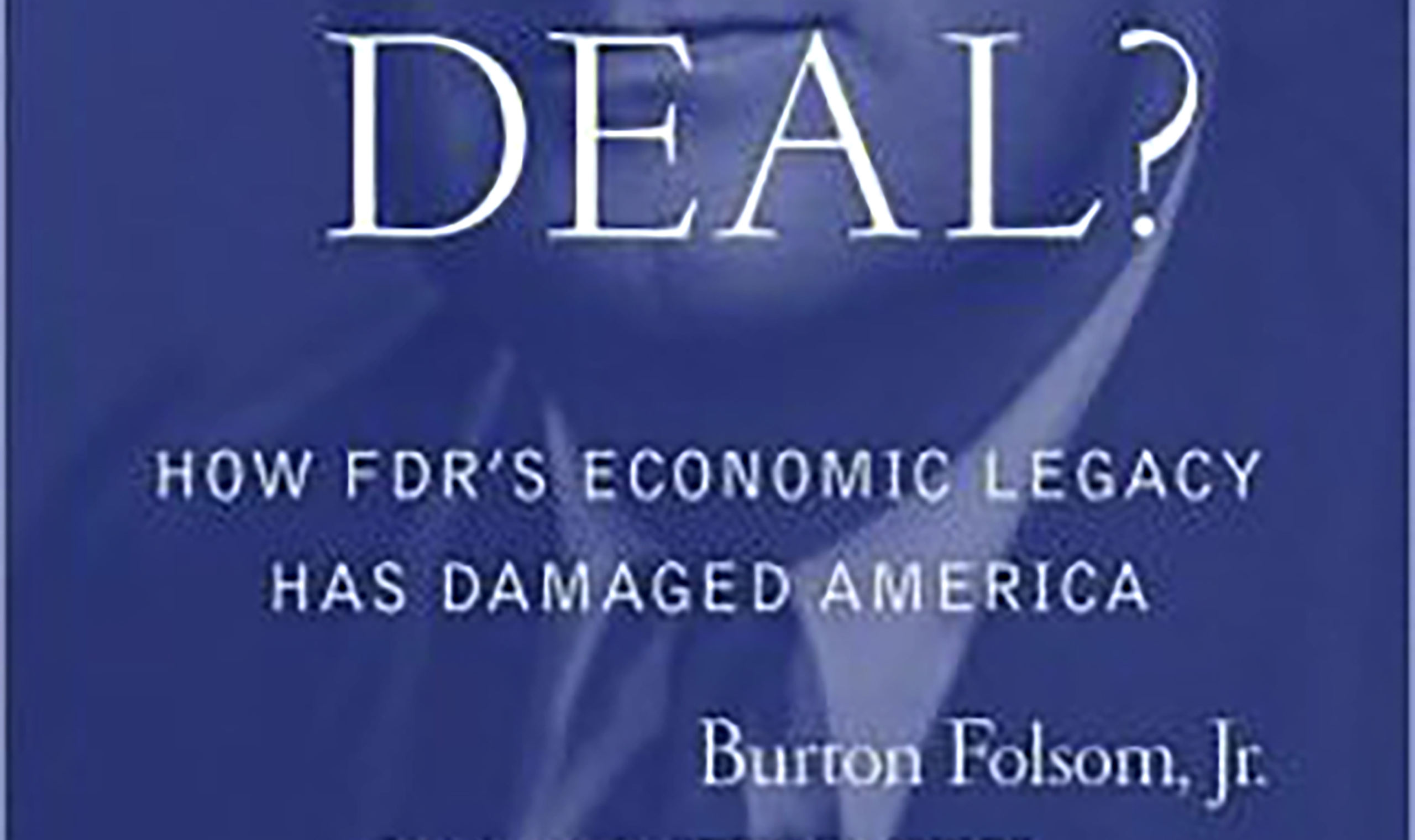 Seventy-five years have elapsed since Franklin Delano Roosevelt introduced the flurry of government programs he called the New Deal. In the years since, most historians have lavished FDR with praise, claiming that his bold leadership helped to pull America out of the Great Depression. Even those who acknowledge the failure of particular Roosevelt-era programs claim that FDR instilled hope and confidence in the American people, and that his economic failures were the result of his not going far enough in his policies and not spending enough money.

Today, amidst calls for increasing government regulation of the financial industry and increasing government spending through stimulus packages, the New Deal is making a comeback. In light of the recent mortgage crisis and economic downturn, pundits are calling for a revival of 1930s-style policies. Daniel Gross claimed at Slate.com that New Deal reforms were “saving capitalism again.” Newly minted Nobel economist Paul Krugman issued calls in the New York Times for President-elect Obama to mimic and expand FDR’s response to the Great Depression. And a recent Time cover called for a “New New Deal”—and featured an iconic photo of FDR, with Obama’s face and hands substituted.

As the Obama administration begins to implement its economic plan, Americans would do well to reexamine the history of the original New Deal and its effects. Though most historians rank FDR as a great president, some, including Burton Folsom Jr., boldly dare to ask if “the New Deal, rather than helping to cure the Great Depression, actually help[ed to] prolong it” (p. 7). According to Folsom, a professor of history at Hillsdale College, the answer is clearly the latter. In New Deal or Raw Deal? How FDR’s Economic Legacy Has Damaged America, he challenges the myth that FDR’s New Deal represents a shining moment in American history. As long as the mythology surrounding the New Deal remains intact, he notes, “the principles of public policy derived from the New Deal will continue to dominate American politics” (p. 15), costing Americans billions of dollars and further damaging the economy.

Following two brief chapters in which he explores contemporary historians’ evaluations of the New Deal and recounts Roosevelt’s early political career, Folsom shifts to the heart of New Deal or Raw Deal?: a seven-chapter investigation of New Deal agencies and regulations and their economic consequences. Here he explains how the National Recovery Administration, nominally created to stabilize prices and wages, actually led to “huge price hikes, price fixing, regulation of output, and persecution of efficient businessmen” (p. 56), resulting in real wages that were lower in 1935 than they had been in 1933 when the law came to be. . . .