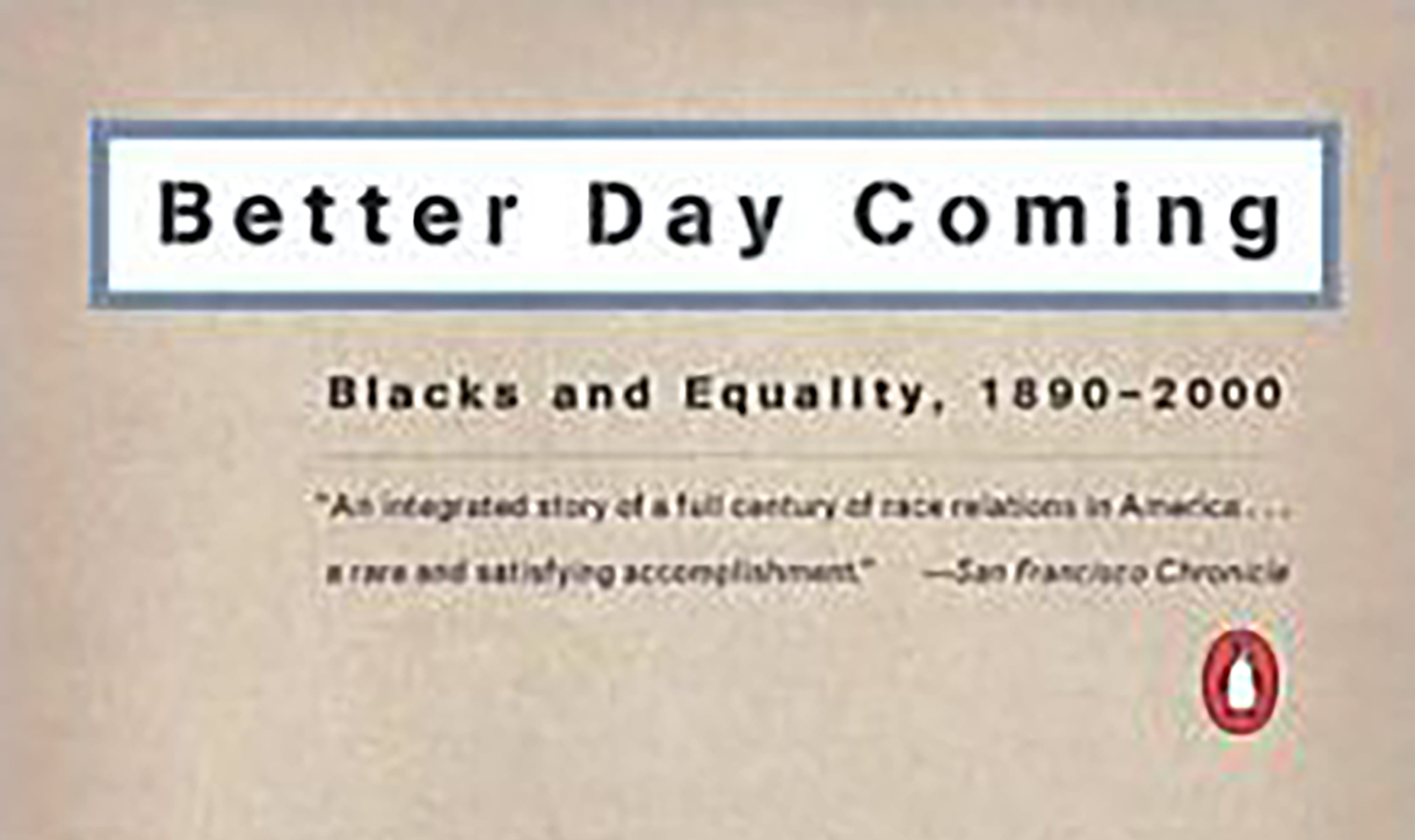 In August 1919, three white men brutally beat John R. Shillady in broad daylight outside his hotel. Shillady, also white, had come to Austin, Texas, as executive secretary of the NAACP to persuade state officials not to suppress its local branch. One of his attackers, a county judge, claimed that “it was my duty to stop him” because Shillady was there to “sow discontent among the Negroes” (pp. 105–106). In 1920, Shillady would resign from the NAACP, expressing despair for his cause: “I am less confident than heretofore . . . of the probability of overcoming, within a reasonable period, the forces opposed to Negro equality” (p. 109). And yet, not even a century later, the United States has elected its first black president—in an election in which race was hardly an issue. How did racial equality in America progress so far in so short a time? This is the remarkable story that Adam Fairclough relates in Better Day Coming: Blacks and Equality, 1890–2000.

Fairclough succeeds in making his introduction to the struggle for black equality accessible to the general reader in two ways. First, he concentrates on events in the South, wherein particularly harsh forms of racial domination made it the logical focus of black efforts to achieve equality. Second, he follows the lead of fellow historian John W. Cell and classifies the approaches taken by various figures in his narrative as either “militant confrontation” (defiantly opposing racial oppression), “separatism” (working toward the creation of an all-black society here or abroad), or “accommodation” (gradually securing improvements from within the system of white supremacy) (pp. xi–xii). It is from this perspective that the book’s chapters examine prominent individuals, organizations, events, and periods of the civil rights movement.

Fairclough begins his narrative at a time when blacks were “more powerless than at any other time since the death of slavery” and had been “purged from the voting rolls” of the former Confederacy (pp. 15–17). He proceeds to examine the many different ways in which blacks fought against discrimination and oppression: from the intransigent, confrontational approach of Ida B. Wells, who campaigned against lynching in the 1890s; to the accommodation of Booker T. Washington, whose emphasis on black self-improvement over confrontation is characterized by Fairclough as “a tactical retreat in order to prepare the way for a strategic advance” (p. 63); to the separatism of Marcus Garvey, who proposed that blacks fight for an independent, united Africa (p. 126). Fairclough continues this kind of analysis throughout subsequent chapters, where we learn, among other things, about the involvement of the labor movement and the Communist party in the civil rights movement during the 1930s, the evolution of the NAACP’s strategy to include legal challenges to discrimination in education after World War II and then mass civil disobedience after 1955, and the rise and fall of the “Black Power” movement.

In addition to its broad scope, Fairclough’s narrative is engaging and empathetic. This can be seen in his discussions of two different instances of confrontational tactics. In a chapter devoted to the campaign against lynching conducted in the 1890s by Ida Wells, an outspoken black journalist, we see the thinking of this important early figure shift from an uneasy acceptance of lynching as a form of vigilante justice to an understanding of its political motive. . . .