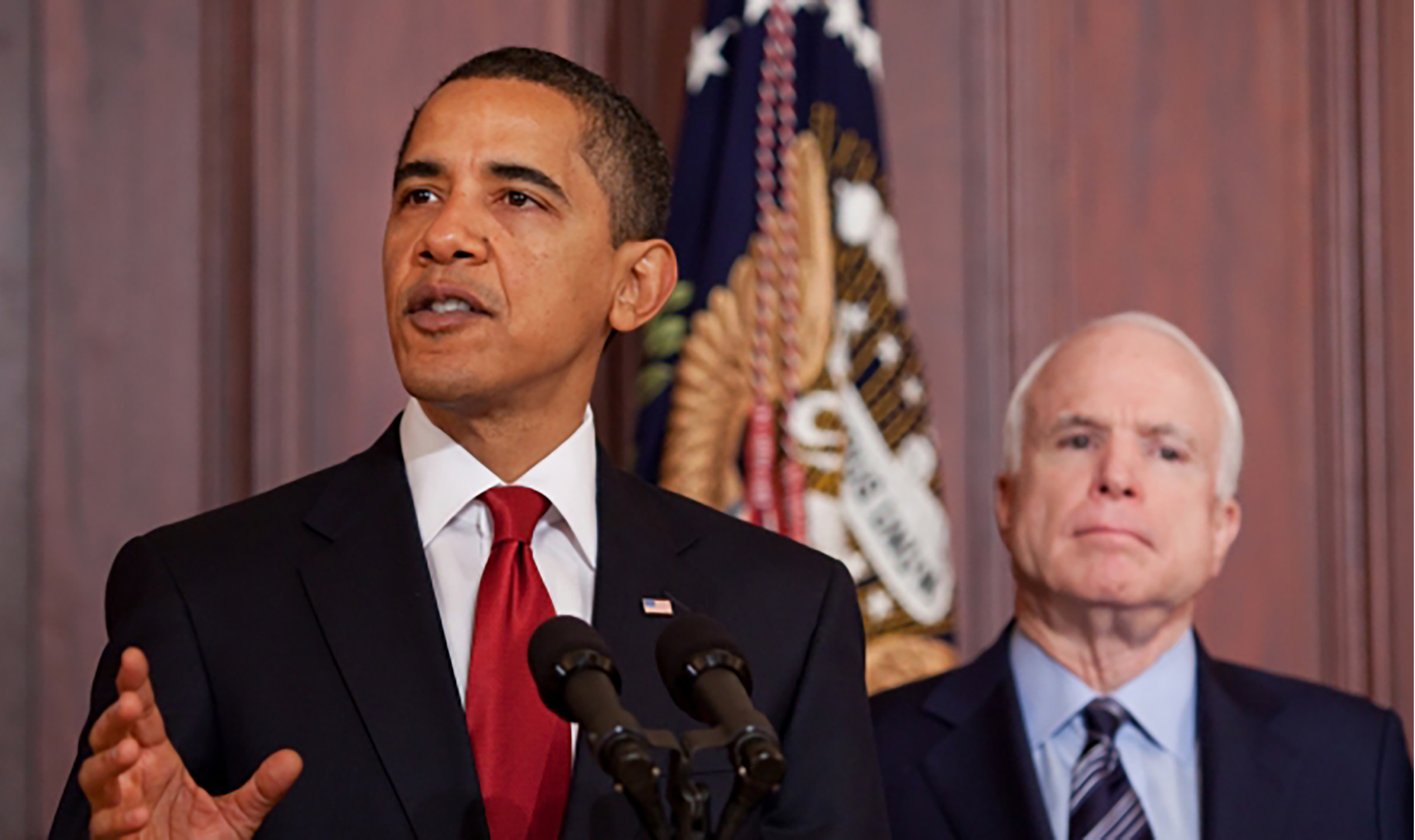 As the 2008 presidential election nears, and while John McCain and Barack Obama struggle to distinguish themselves from each other in terms of particular promises and goals, it is instructive to observe that these candidates are indistinguishable in terms of fundamentals.

In regard to foreign policy, McCain promises to “respect the collective will of our democratic allies,” as if America has no moral right to defend her citizens according to her own best judgment; and he promises to finish the “mission” of making Iraq “a functioning democracy” even if it takes “one hundred years,” as if the U.S. government has a moral or constitutional right to sacrifice American soldiers to spread democracy abroad.1

Obama promises to uphold the idea that “America’s larger purpose in the world is to promote the spread of freedom. . . . dignity, and opportunity,” as if we have a moral responsibility to minister to the uncivilized and the unfortunate across the globe; and he promises to negotiate with jihadists who chant “Death to America,” as if Americans will be safe from these lunatics when the lunatics give Obama their word.2

Looking past the particular programs of McCain and Obama, and viewing their goals in terms of the purpose of government presumed by these goals, we can see that both candidates hold that the purpose of government is to manage the economy, to regulate businesses, to redistribute wealth, to bring freedom or democracy to foreigners, and to defer to the will of others on matters of American security.

But this is not the proper purpose of government. Nor is it the purpose that America’s founders had in mind when they formed this great country.

A government is an institution with a monopoly on the use of physical force in a given geographic area. The proper purpose of government is, as the Founding Fathers recognized, to protect each individual’s right to live his life as he sees fit (the right to life); to act on his own judgment, free from coercion (the right to liberty); to keep, use, and dispose of the product of his efforts (the right to property); and to pursue the goals and values of his choice (the right to the pursuit of happiness). The way government achieves this vital purpose is by banning the use of physical force from social relationships and forbidding foreigners to physically harm citizens or their property. And, crucially, because government is an agent of force, it too must be prohibited from misusing force, which is why the founders wrote the U.S. Constitution, the purpose of which is to limit the power of government to the protection of individual rights. A proper government does everything necessary to protect individual rights and nothing that in any way violates individual rights.

This is the kind of government that was and is the American ideal. But it is nowhere to be found in the campaign materials or speeches of McCain or Obama. Whatever their differences, these two men are soul mates in their disdain for this ideal. . . .

View all articles by Craig Biddle →
From the Editor, Fall 2008The Resurgence of Big Government

*This sentence originally read: “This November, I will skip what would be a meaningless trip to the voting booth and, instead, spend that time engaging in intellectual activism.” That wording implied that I advocate abstaining from voting not only in the presidential election but also in lower-level races and on ballot measures, which is not the case. I have revised the sentence accordingly.—C. B.