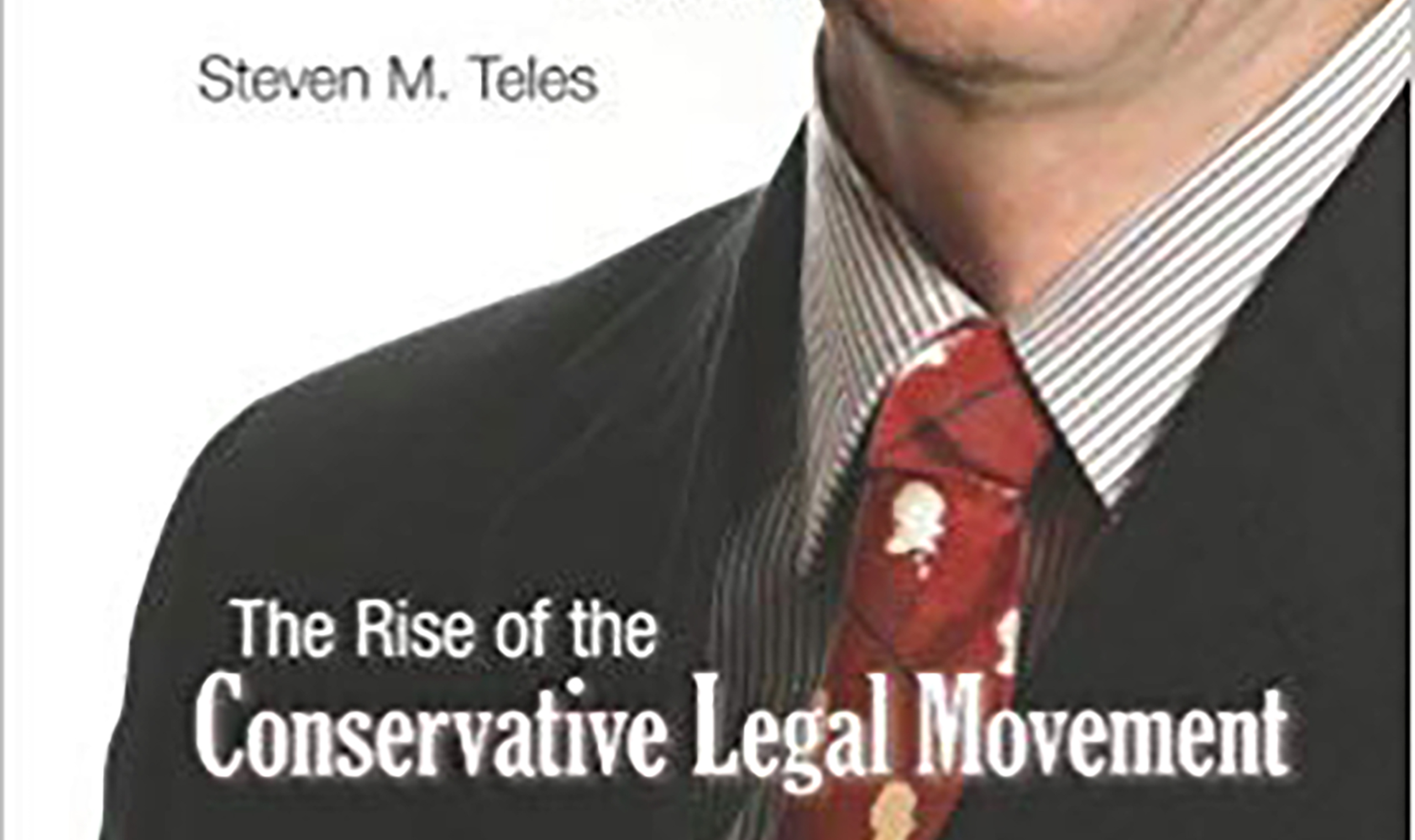 Review: The Rise of the Conservative Legal Movement, by Steven M. Teles

Conservatives today have considerable influence on America’s legal culture. They are welcome on law school faculties at even the most elite institutions, and they man dozens of think tanks, policy centers, and public interest law foundations pressing varying brands of conservative doctrine on the courts—with a degree of success rivaling competing liberal organizations. Shrill leftists allege a “vast right-wing conspiracy,” and senators now begin judicial nomination hearings with hand-wringing warnings about the behind-the-scenes influence of “Federalist Society lawyers.”

The current status of conservatives in the law is, however, a relatively new phenomenon. From the 1930s to the 1970s, liberal or leftist ideas had a nearly monolithic dominance, including overwhelming adherence by faculty and administration at law schools and the American Bar Association, and the support of a bewildering number of lawyers working full-time for private and taxpayer-funded activist institutions advancing “rights” to welfare, attacking private property, pushing environmentalism, and implementing collectivist doctrines in tort law.

Steven Teles’s The Rise of the Conservative Legal Movement documents important elements of this reversal. The book outlines the strategy and tactics conservatives used to counter the left-wing legal culture. Teles, a professor at the University of Maryland School of Public Policy (and currently a visiting lecturer in law at Yale), explains the means by which conservatives gained a hearing for their ideas in academic and legal circles of influence during the past thirty years, providing the richest account in print of the movement’s failures and successes.

The book reflects his political science background. He begins with the premise that “the market for ideas is one in which incumbents have substantial resources with which to frustrate the challenges of competitors, regardless of how compelling their ideas are. In short, while there is a market for ideas, it is one that is institutionally sticky and requires entrepreneurial activity to give it life. For this reason, intellectual history is necessary but not sufficient” (p. 4) to understand the advance of ideas through the culture.

Teles’s approach, therefore, focuses on key conservative legal institutions, particularly the Federalist Society, conservative public interest legal foundations (such as the Institute for Justice), and various “law and economics” programs at elite and not-so-elite law schools. Emphasizing the importance of entrepreneurial activity by those who created these and related institutions and programs, Teles offers a “nuts-and-bolts” view of how the conservative legal movement took shape. . . .

View all articles by Larry Salzman →
Proof of the Atomic TheoryReview: Sun-tzu: Art of War, translated by Ralph D. Sawyer
Return to Top