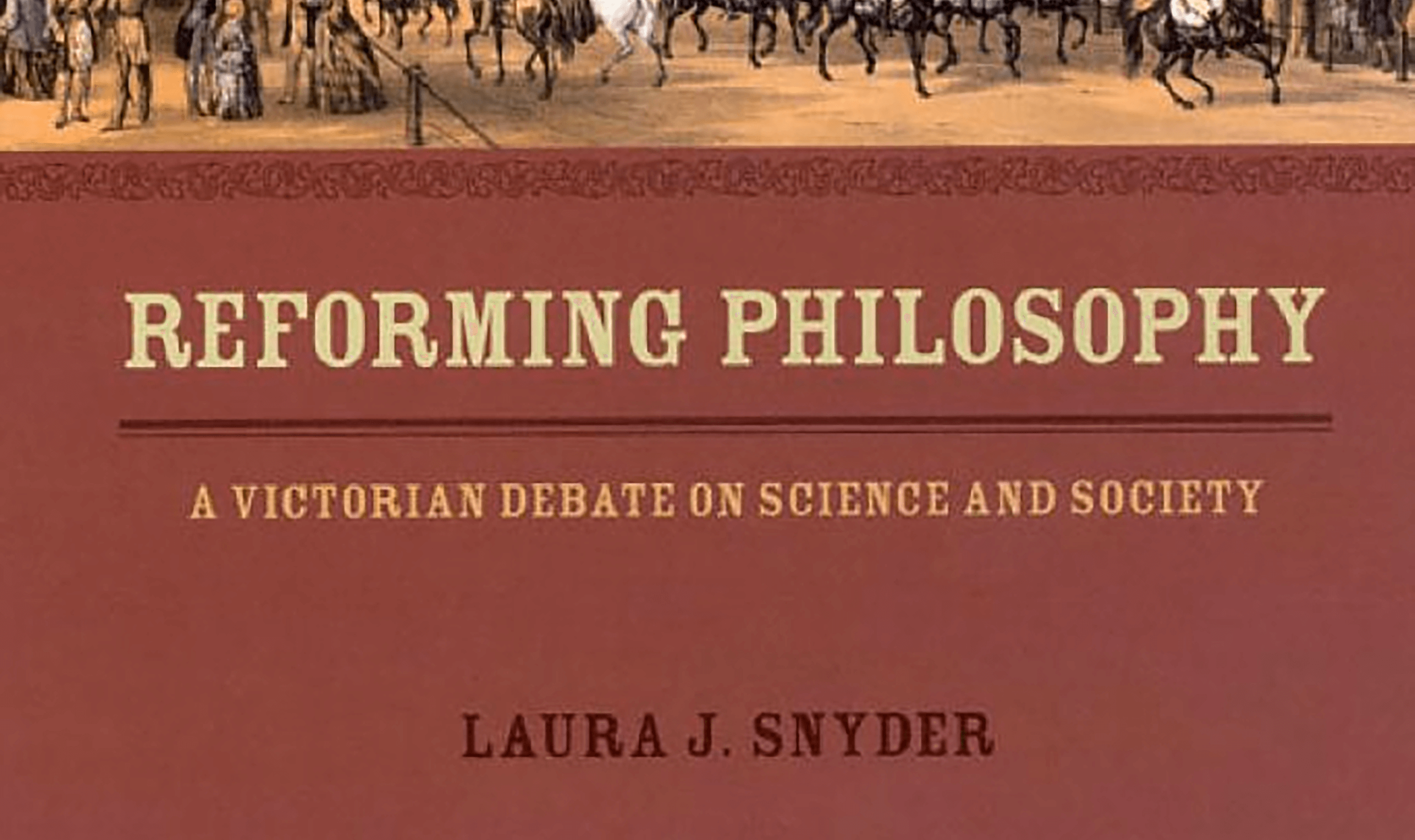 The 19th-century philosopher John Stuart Mill is widely regarded as one of history’s leading proponents of inductive science and of political liberty. Yet, oddly, philosophers working in his train have been remarkably unsuccessful in saying exactly what is wrong with the scientific skepticism or the political tyrannies of the past one hundred and fifty years. Is it possible that Mr. Mill was not such a good guy after all? This question is not the stated theme of Laura Snyder’s Reforming Philosophy, but it is the underlying spirit of this excellent work of scholarly intellectual history.

Snyder introduces us to Mill as he saw himself—a social reformer locked in epic battle with the forces of the status quo, whose philosophy Mill called intuitionism and whose most forceful advocate was one William Whewell, a “lion-like man” (Tennyson’s phrase, p. 1) and Master of Trinity College. Mill was born into London’s elite intellectual circles. He read Latin at age three, Greek by eight, Aristotle and Plato at age twelve, scholastic logic and political economy by thirteen. His first publication was on a theory of economic value. He was sixteen. He never attended college. He nominally had a career at Britain’s East India Office, but primarily he was a writer, producing works on logic, political economy, literature, moral philosophy, and current political and cultural affairs.

Whereas Mill was an intellectual-class prodigy, his nemesis was a working-class one. The son of a carpenter and twelve years older than Mill, William Whewell entered Cambridge University on a scholarship to study science and mathematics. He was elected to the Royal Society at age twenty-three and remained throughout his life an active member of the major mathematical and scientific communities and institutions in Britain. He spent his whole career at Cambridge. At different times he was professor of mineralogy, professor of moral philosophy, and vice-chancellor of the university. He penned important works on mechanics, geology, the tides, crystallography, scientific method, history, international law, moral philosophy, and political and cultural affairs. He translated Plato’s dialogues and German literature. He hated Mill’s moral philosophy.

Mill, in turn, hated Whewell’s philosophy of scientific knowledge—which might seem odd, for Mill was a social reformer with little expertise or background in the natural sciences. But Mill knew that every political and moral system rests on some theory of human cognition or epistemology, and, as Snyder explains in chapters 1 and 2, Mill saw Whewell’s epistemology as the foundation for the conventional moral and social philosophies Mill wanted to overturn. . . .

John P. McCaskey is a lecturer and researcher at Stanford University. He teaches in the Program in History and Philosophy of Science and in the Program in Ethics and Society. His scholarly research is on the history of induction. Before returning to academia in 2001, he spent twenty years in the computer business, most recently as a founder of Epiphany, Inc. He founded the Anthem Foundation for Objectivist Scholarship.

View all articles by John P. McCaskey →
Letter to the Editor
Review: Sun-tzu: Art of War, translated by Ralph D. SawyerTurkey’s Turn Back to the Book
Return to Top