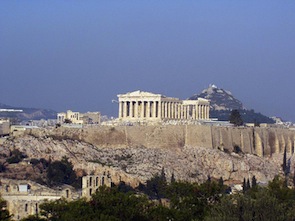 Those interested in cutting to the truth about the Islamic Totalitarian threat that is descending upon—and arising among—all of us should pay special attention to the works of Andrew Bostom. His blog is a must-read, and his articles in The American Thinker are not to be missed.

Bostom’s major works are The Legacy of Jihad: Islamic Holy War and the Fate of Non-Muslims (Prometheus, 2005) and The Legacy of Islamic Antisemitism: From Sacred Texts to Solemn History (Prometheus, 2008). The latter (to be released next week) promises the same profound expertise and virtuous commitment to the truth as found in the former. His works are required reading for anyone who wants to understand the nature of jihad and the hostile attitudes of Muslims toward Jews throughout history.

Dr. Bostom is not a scribbler. He is a scientist, and he approaches his subject with the meticulous loyalty to facts and evidence that define a man of reason. His works do not merely present his conclusions; they detail how his conclusions accurately reflect the relevant facts and available sources. In an article three years ago, for instance, he took on the widespread Muslim claim that “jihad” refers to some kind of “inner struggle” as against external war. In historical terms, “it is a complete crock” he wrote to me in an email—and his article “Sufi Jihad?” shows us why.

Bostom cites a series of Sufi thinkers—the ones who are supposed to favor the spiritual meaning of Islam rather than the violence of the creed—to show that these mystics were in fact dedicated to violence. To take the most important: Al-Ghazali (1058–1111), a towering figure in Islamic thought, a Sufi Muslim who followed the Shafi’I school of Islamic jurisprudence, and an allegedly non-violent man, wrote this of jihad:

[O]ne must go on jihad (i.e., warlike razzias or raids) at least once a year . . . one may use a catapult against them [non-Muslims] when they are in a fortress, even if among them are women and children. One may set fire to them and/or drown them . . . [if one of them] is enslaved, his marriage is [automatically] revoked. . . . One must destroy their useless books. Jihadists may take as booty whatever they decide . . . on offering up the jizya [the tax levied on the dhimmis, the subjugated peoples], the dhimmi must hang his head while the official takes hold of his beard and hits [the dhimmi] on the protruberant bone beneath his ear . . . their houses may not be higher than the Muslim's. . . . They [the dhimmis] have to wear [an identifying] patch [on their clothing], even women, and even in the [public] baths . . . [dhimmis] must hold their tongue. . . . [cited in Kitab al-Wagiz fi fiqh madhab al-imam al-Safi'i, Beirut, 1979, pp. 186, 190–91; 199–200; 202–203. English translation by Dr. Michael Schub.]

Some today claim that “jihad” means some kind of contemplative inner struggle, that non-Muslims under Muslim rule enjoy equal protection under the law, that there are no slaves in Islam, that non-Muslims need not wear an identifying patch to single them out, or that there is respect for civilians in Islamic thought. But to make this claim, one must disagree not merely with a modern commentator. One must repudiate the most authoritative Islamic mystic since the founding of Islam.

Such is the value of Dr. Bostom’s contribution. He has done the heavy lifting required to bring these kinds of sources to us and to show—not merely by the force of his own conclusions, but in the words of such Islamic authorities themselves—the intellectual origins of the war against the West today.