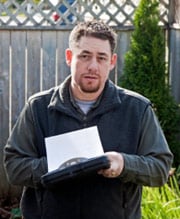 America is the land in which productive individuals were largely set free of the coercive power of the government. The result was the most prosperous nation the world has ever seen. But, over the past two generations, our freedom has been subordinated, in myriad ways, to the "Little Dictators" among us. The language of despotism is proper to them, for they wield the force of the government and demand obedience to their commands. To disobey them is to risk loss of career, property, and even life.

Who are the Little Dictators? Here are some real examples I have known; you can probably think of others. The local building inspector is one; he decides whether I can live year-round in the cottage I bought. Others include the fire inspector who decides whether a small day-care center—barely able to stay open—has to spend $10,000 for a fire door to cover a residential-type kitchen stove; the planning commission that decides whether I can build a house on my lot; the bureaucrat who collects money for permission to drive a car; the health inspector who says he is not sure whether he will allow a house to be built in this part of town; the zoning board that decides a restaurant is OK on this lot, but not on that one.

Their names are friendly; their power immense. One I knew, "Jim," had final say over whether a 42-story office building in a major city could open. Another, "Marty," said he did not care that his failure to read a blueprint had cost a small business $10,000—"that don't matter" were his words. Another, an inspector named "CJ" (the initials have been changed to protect his victims) was asked whether building requirements had changed "in his town"; he said, "I haven't decided. I'll let you know." Another, "Frank," showed up smelly and unshaven at the final inspection of a new high-tech manufacturing plant, and delayed its opening for three days pending a test of the fire alarm system's batteries.

Some personalize everything. "I ain't gonna allow it," I heard one decree, as he told a contractor to tear down a stone chimney and start over because the hearth was an inch too narrow. Another told me, "I ain't lettin' no more cottages be converted to year-round use. There's too many now," as he slapped a red tag on my neighbor's door. Once I was doing a project at a very remote site, which took hours to get to, including a boat trip. An offical said, to my face, that he'd require our technicians to return as often as he saw fit: "Not everyone can work in my town." Another made similar demands at a major state university; his son was our competitor, and had lost the bid.

These Little Dictators have the power of government guns to enforce their decisions. To avoid their wrath, a productive individual must suppress his rational judgment, and go by the rules they enforce. They are enemies of independent thought and comrades of conformity. Their whims and their rules coercively substitute for reality in the minds of their victims.

Americans should be up in arms about this tyranny in their midst. But they are not. Many have come to see the world as the Little Dictators wish it to be. Without the security of their decrees, many people would feel dread at the thought of making their own decisions. But this is dictatorship—the dictatorship of petty bureaucrats for sure, but dictatorship nonetheless—and it is growing by leaps and bounds. When Americans regain their understanding of liberty, they will feel a proper sense of outrage against these tin-badge despots, and the legislatures that empower them. But, first they must regain that understanding.

How are these fungi to be eradicated? They are not elected, evidently answer to no one, and have the power of government force behind their pronouncements. Their whims rule, and any appeal to reason is met with indifference, scorn, or laughter. The concept of property rights has become null in their hands.

Great question—and fungi is a perfect description: non-productive organisms living off of others.

The first thing to ask is: where did they come from? The answer is: philosophy. They came from the idea that to live by one's own rational judgment is scary, but to let others judge for us is safe—that businessmen are selfish brutes but bureaucrats have our best interests at heart—that the possibility of a problem anywhere means that everyone must submit to inspection everywhere—that nature's storms, earthquakes and diseases are normal, but power plants are unnatural and dangerous—that freedom applies to areas that I want to be free, but not to the freedoms of others—that we can compromise our liberty in some small area without threatening freedom across the board—that the Little Dictators deserve some credit for the prosperity we enjoy—that the government must have any powers needed to create a safe, stagnant world, because individual reason is flawed, inefficacious or malicious. Most people will deny many of these ideas if stated as such, but they use every one of them whenever they concede that the alternative to the Little Dictators is a frightening chaos of uncontrolled men.

To end this scourge people need to regain the self-esteem needed to act on their own judgments, and to take the consequences. They need to understand that reason—not conformity to whims—is how man lives, and that the alternative is a dictatorship that grows like a fungus that devours the host. The first step to ending such outrages is never to accept that they are necessary despite a few bad apples. The most dangerous of the Little Dictators I know are the conscientious ones, who pursue their tasks legally and with the support of their victims. Do what they demand if the alternative is personal ruin, but don't sanction them.

View all posts by John David Lewis →
The Form of the Blog NameWelcome, Ayaan Hirsi Ali
Return to Top